If you look back over the past 18 months you’ll see many of us in the tech press, myself included, ponder, proclaim and prognosticate about the death of the netbook.

The netbook has had a quick journey from niche product for Linux lovers to a cheap portable computing option for anyone from 11-year-old students to 45-year-old middle managers to 73-year-old retirees.

While the original netbook is dead, the one with a foreign operating system and super bare bones specs, K.T. Bradford argues that The Netbook is Still Relevant over at Notebooks. 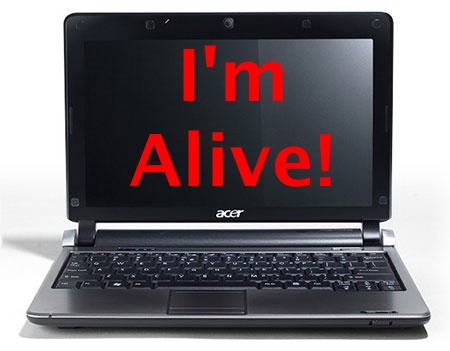 While gathering with a bunch of writers in NYC, K.T. checked out their notebooks selections and found that while the MacBook and full sized notebooks were popular, netbooks also had a decent following among the crowd of writers. When she asked why they had purchased netbooks and if they would do it again, they provided the following answers,

They bought one because they wanted a small, light, and portable computer to carry everywhere that didn’t cost a lot of money. Most are happy with them and about half tell me they’d buy another while the other half wonder if a tablet is a suitable replacement. (I tell them no.)

Why does this segment matter so much? It’s not because of the starving artist image that you might associate with writers trying to break through into a hit, it’s because writers are using these netbooks to type thousands and thousands of words.

Netbooks still have a stranglehold on the small, light and affordable segment of computers. Unlike the cheap tablets that surface this time of year, affordable netbooks offer good enough performance and decent build quality at a sweet spot of consumer pricing. 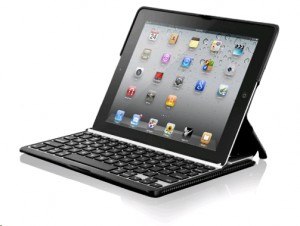 While Harry McCracken of Technologizer would argue that an iPad and a Zagg case could be a suitable replacement to a computer, especially for focused writing tasks, the netbook still bests this combo on price by a few hundred dollars. If you want to turn your tablet into a productivity machine like McCracken did, you’re looking at $600, while a good netbook can be found for around $300.

That’s not to say that the tablet combo doesn’t have its own advantages, such as longer battery life and the ability to pull duty for entertainment and eBook reading in ways netbooks can’t.

Our own Editor Tobias Buckell has taken to using his iPad with a cheap Bluetooth keyboard case to edit posts here at GottaBeMobile and Notebooks.com while he is on the road — leaving his MacBook Air at home. To make this work, he uses his iPhone for chat and messaging since the iPad is still better for single focus productivity.

At the end of the day, the best tools to do our jobs, connect with our friends and entertain ourselves are different for all of us. While the tablet may have tried to kill the netbook, this small, affordable and capable computing segment has done a little Hammer dance away from tablets, playing “Can’t touch this.” over tinny speakers.