Why This is the Worst Time to Buy the iPad 2

The iPad 2 is almost a year old, but for many consumers it is still the best tablet out there, and a worthy choice even with the iPad 3 release date bearing down on us.

If you don’t need the latest technology, or buy refurbished gadgets, you might even be tempted to buy the iPad 2 today, but you shouldn’t even think about buying an iPad until March.

There’s absolutely nothing wrong with the iPad 2, but as soon as Apple announces the iPad 3 and the iPad 3 release date the price of the iPad 2 will drop faster than the Apple that hit Newton’s head. 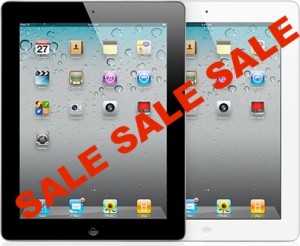 Think a $300 iPad 2 is out the question? That’s the current asking price for a refurbished iPad WiFi 16GB from Apple, though the company is now out of stock.

it is tough to wait for a new gadget, especially one that has been out for a year, but there’s really no worse time to by an iPad or iPad 2. Within a few weeks the iPad 3 may be released, which will drive the price of all other iPads down, saving you $100 or more on any iPad model you choose to buy.