Why Universal is the Best Thing to Hit Mobile, and Where It Needs To Go 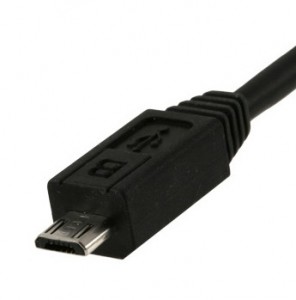 Friday, in a small hospital in Northwest Ohio something amazing happened. It’s not a new treatment for some illness, but it is something that just 2 years ago would have been impossible — I grabbed the charger for my Motorola Droid to charge up my mom’s LG feature phone.

Rather than use the proprietary connectors which were commonplace on practically every phone, but even more so on feature phones, in years past her phone had a micro USB power port for charging.

Without this nice feature my mom’s phone would have been dead for her trip home, a hassle on a normal day, but even more so in poor weather after my Father just had heart surgery.

Rather than trying to track down an odd cable from a local Verizon Store we were able to visit with him and use one of the many micro USB cables I had in my bag. The TechnoCel PowerPak made the whole process even better since we didn’t have to look for an outlet to start charging.

I know this is a little thing, but it really represents a stride for mobile technology. With manufacturers, including Apple pushing for a micro usb charging standard perhaps we really will see a future with easy access to charging, no matter what phone you have.

It would be amazing if similar advances were made for notebooks and tablets, but that’s a much tougher sell. At least Apple MacBook chargers all work with the current MacBooks, but other brands don’t always have the same charging plugs and adapters. Perhaps the universal charging for notebooks will come via wireless charging laptop batteries like PowerMat showed off at CES 2011 instead of from a industry-wide coalition.