Nintendo’s Splatoon video game is a surprisingly popular topic of discussion these days. A lot of that discussion centers on the core mechanics of the game. A vocal few feel that the game isn’t as complete as it should be. Others laud Nintendo for taking the third-player shooter genre and making an experience than anyone would be happy to play, free of flying bullets and talk about war. What’s not being talked about as much as it should is the Splatoon Amiibo. 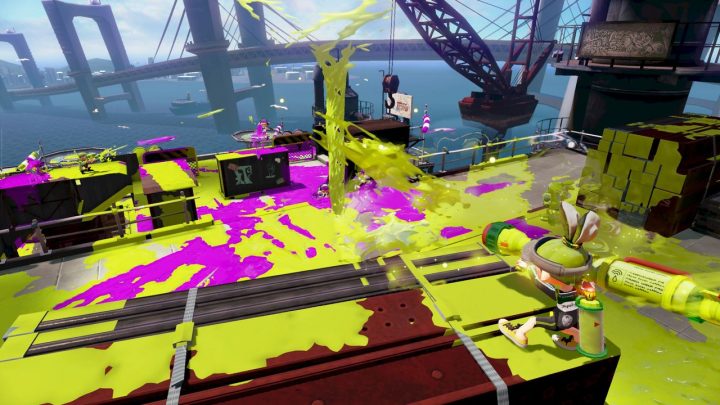 The Splatoon Amiibo are tiny figures that don’t move and can’t be taken off their circular base. Amiibo don’t come equipped with weapons and don’t even have movable appendages. The Splatoon Amiibo – and every other Amiibo figure we’ve seen so far – focus purely on adding additional content to your game. Here’s what you need to know about Splatoon Amiibo and why you might want to pick one up with the game — if you can get your hands on one.

What Extras Do You Get from the Splatoon Amiibo

Because all Amiibo are so heavily focused on delivering extra gameplay Nintendo Wii U owners can’t get anywhere else that’s where we should start.

There are just three Splatoon Amiibo. Splatoon doesn’t have humans, but does have Inklings, characters that can morph from a human-like form with two arms and two legs to a squid that can use the ink that they cover levels with as a way to quickly get around. You simply place these figures on the bezel of your Wii U GamePad controller and they communicate with your console, unlocking specific extras for you.

Today, Splatoon is only compatible with the Splatoon Amiibo figures created specifically for it, even though most Nintendo Wii U games that support Amiibo figures let you reuse them on different titles. 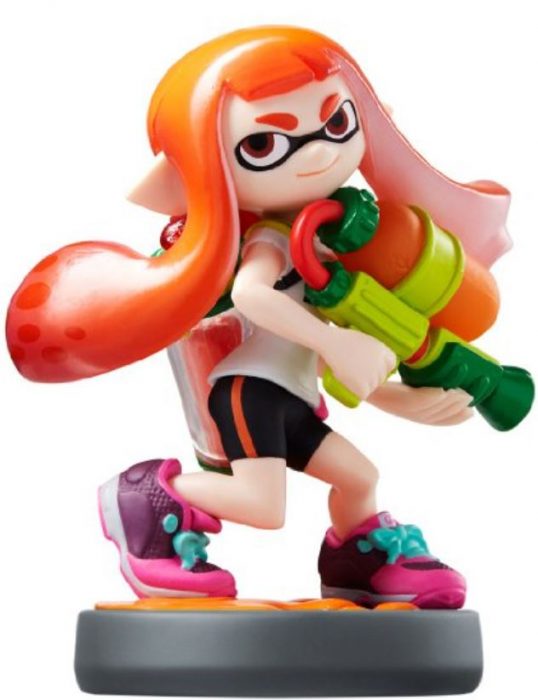 According to video game website Polygon, Inkling Girl gets Splatoon buyers 15 different in-game challenges. Each of those 15 challenges are focused on the game’s single-player mode, which hasn’t really received a lot of attention until now. Different challenges handicap players in different ways. Completing the challenge successfully earns you coins which you can then use in the game’s store for weapons and outfits, which do have an effect on gameplay.

The Splatoon Amiibo area on Nintendo’s website reveals a school girl outfit and what appears to be a long-range paint gun for Inkling Girl.

This Splatoon Amiibo is available to gamers on its own. 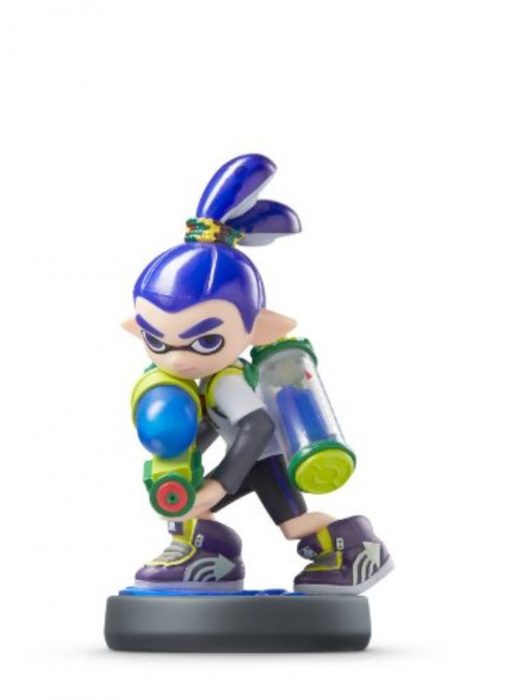 Inkling Boy’s unlockable outfit is posted on the Nintendo website for everyone to see: It’s a samurai outfit with what appears to be a giant paint roller. Unfortunately, details about exactly what gameplay elements he unlocks remains unclear.

This Splatoon Amiibo is also available on its own, just like Inkling Girl. 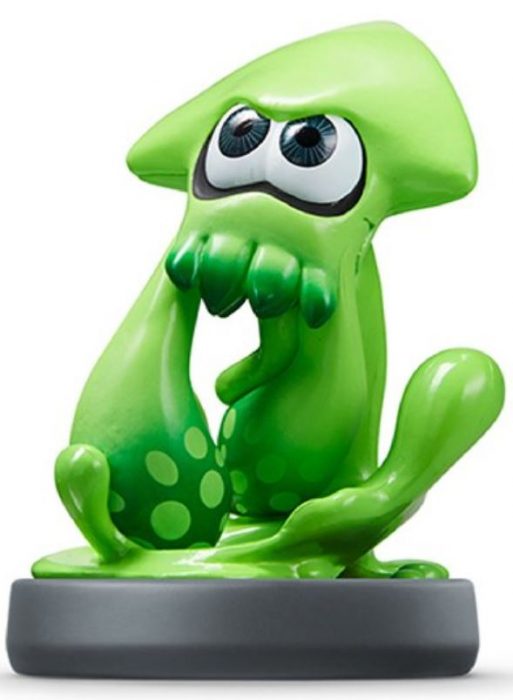 Unlike the other Splatoon Amiibo figures, Inkling Squid is completely limited. You can’t pick up this Amiibo in a store on its own. Instead, it’s part of a three pack of Amiibo figures also launching today.

Where to Find the Splatoon Amiibo

“Where can I find Splatoon Amiibo today,” is the big question everyone is going to ask themselves all weekend long. As is often the case with Amiibo these days, there’s no easy answer to that.

Retail website Amazon is showing extremely limited quantities of the Splatton Amiibo three pack. What’s more, the three-pack and each invidual Splatoon Amiibo are only available from third-party sellers who seem to be taking advantage of the demand for figures. One seller actually lists a single Splatoon Inkling Girl Amiibo for an astonishingly high $35.99. One three pack is selling for $87.99.

Toy’s R Us is offering the Splatoon amiibo in store only this week, but unfortunately, the figures are back ordered already. Availability is so tight there that the site won’t even allow shoppers to check their specific stores.

Target seems to be doing the best job of all retailers, with every store in some zip codes having Splatoon Amiibo stock. Unfortunately, you have to purchase them in store and you can’t reserve them online for an in-store pick-up. 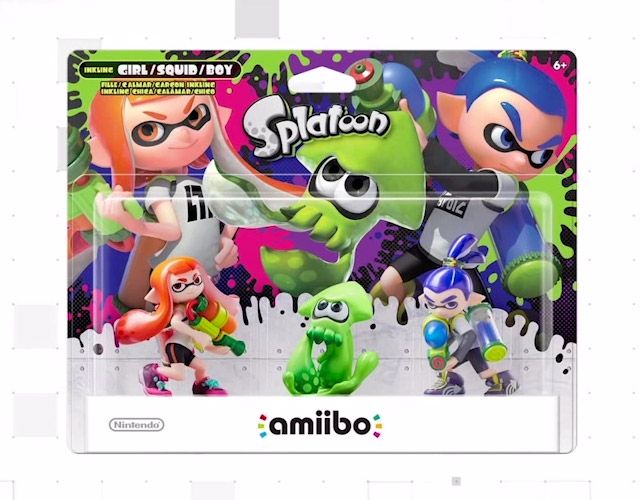 Where ever you decide to shop for your Splatoon Amiibo, remember to call ahead. Amiibo stock has been ridiculously low in recent months and Nintendo actually expects the problem to get worse as it adds compatibility for more games and figures throughout the year. Something this year Nintendo plans to release Amiibo Cards that might ease up stock on the Amiibo figures.

Splatoon and the Splatoon Wii U bundle launch today at game retailers nationwide. The game itself should be available just about anywhere, but the console bundle itself is only available at Best Buy.