Mailbox is a new email app for the iPhone that hopes to change the way its users think about email, and its close to coming to the App Store.

The new app turns the email inbox into something more akin to a to-do list. The app performs the usual email functions like archiving or deleting email with a simple swipe, but it also lets users put off an email for later.

Unlike the last popular email client for iOS, Sparrow, Mailbox doesn’t use IMAP to send email to the phone. Instead the team behind Mailbox uses its own cloud service to check for email a send it to the iPhone securely. That means Mailbox can use Push notifications which Sparrow never had.

The unique way of sending email to the iPhone also means that emails look different in Mailbox. Emails look more like the conversation bubbles in Messages than traditional email. That’s great for long conversations over email, but might make some emails look strange. 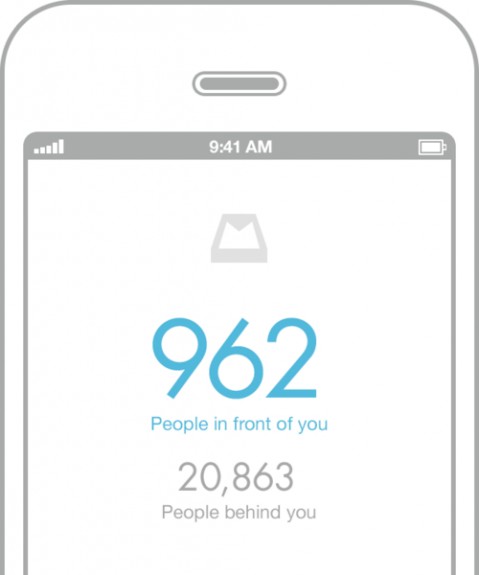 Because of the huge demand for Mailbox, the developers decided to use a reservation system to let users into the app when it arrives in the App Store. Anybody can download the app after it hits the App Store, but they can’t use it until they reserve a spot. A reservation tells users their number in line and a special code they can use to activate their reservation.

While Mailbox isn’t for everyone, it sounds like an interesting new way to handle email. It helps users reach Inbox Zero everyday, while still keeping important email readily available. The initial release will only support Gmail, but for anybody who uses Gmail heavily, it might be worth a shot.