Why You'll Love a Taller iPhone 5

iPhone 5 rumors are in full force and the biggest rumor of all is that Apple will change the iPhone 5’s display to a taller 4-inch Retina Display.

The leaked videos and iPhone parts suggest that Apple will sell a 4 inch iPhone with a new 16 x 9 aspect ratio. This iPhone would be taller than the iPhone 4S, but not wider.

If Apple increases the size of the iPhone 5 display vertically but not horizontally, it will complicate things for developers, but it’s exactly what I want.

Why You’ll Love a Taller iPhone 5

I have no doubt that a taller and wider iPhone 5 with a 4-inch display would sell well, especially to the growing population of iPhone users who want larger keyboard and larger text without the scrolling that comes with accessibility features, but I’m happy to see that Apple may be working on something different.

Even a small resolution bump, up to 1136×640 is an improvement for users like myself who want to see more on the screen at the same time. 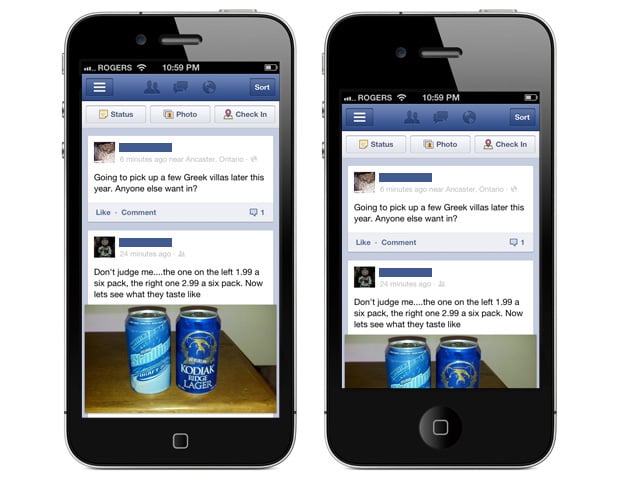 A taller 4-inch Phone 5 has more room for the stuff you love.

As we saw in the iPhone 5 mock ups, a taller iPhone 5 means more room on the display for text in eBooks, text on webpages, photos in Facebook, updates on Twitter and messages in your inbox.

In short, more of what we use our iPhones for. Sure, scrolling will show the same amount of information, but with a taller display there’s no need to scroll to see a little bit more; and that’s a good thing.

Apple could also use this extra space to provide better notification banners. The notification banner could hold more information, or even better it could push the app down slightly instead of obscuring buttons right when they need pressed.

Of course this taller iPhone would also deliver a better move watching experience with a widescreen aspect ratio. While I don’t watch many movies on my iPhone, it would be nice to lose the black lines when I do.

By adding more space vertically, Apple might also allow users to place one more row of icons on the home screen, so it would be possible to keep 4 more apps within reach. This could also bump up the number of apps in a folder from 12 to 16.

This solution isn’t without issues. Of course developers will need to work with another display size, but with any change comes issues like this. Imagine the concern of accessory makers who might have to deal with a smaller iPhone 5 dock connector.

John Gruber shares one way Apple could prepare developers for a taller iPhone 5 starting at WWDC 2012 without spilling the beans.

One way Apple could prepare developers for a taller 4-inch iPhone 5.

The iPhone already supports flexible heights for apps thanks to the larger status bar that appears while one a call, recording a note or using Airplay. Gruber says that Apple could tell developers to prepare for stacked notifications, by building apps that shrink or grow elegantly.

For now, they could pitch this in the context of shrinking screen space in response to on-screen notification banners, but, come October, apps that do the right thing would automatically be responsive to, say, a new device with 176 more pixels.

Change isn’t easy, but this is an easier way for Apple to prepare a larger number of developers than it can do in secret. 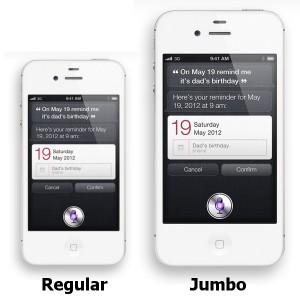 Sumocat argues that Apple should use the iPhone 4S’ processor to keep costs down, delivering a new product line. In this vision, Apple will release a new iPhone 5 in the fall with updated specs and features and a second larger display iPhone priced attractively.

Kevin Purcell longs for a larger flagship iPhone with the latest processor and features, a phone that cuts no corners, especially not when it comes to the display size. This phone would help Purcell stay with the iPhone even though the Galaxy Note is calling his name.

I’m not forgetting users who want a larger keyboard and larger text, but if they are already using two hands Apple has the solution built into every iPhone already. It’s called Landscape mode.

The landscape keys are bigger and better spaced. 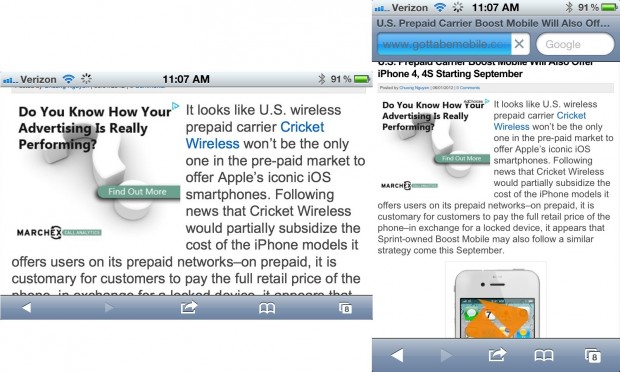 The text size increases when the iPhone is turned on it's side.

When the iPhone is turned to landscape mode the text also increases in size to fill the wider display.

Not every app supports landscape mode, but Apple could tell developers that this is an important feature to support. Apple could lead the way with landscape support for the Settings app with easier to hit tap targets. Almost all of the Apple iPhone apps support landscape mode currently.

What would you like Apple to do with the iPhone 5’s display size?