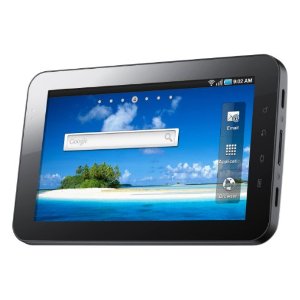 Buyers of the Wi-Fi only version of the Samsung Galaxy Tab are reporting on Amazon and other venues that 3G isn’t the only thing you give up with this tablet. It appears processing power and Bluetooth connectivity have also been downgraded.

Though both the 3G and Wi-Fi only versions of the Galaxy Tab pack a “1GHz A8 Cortex processor”, according to wickerstick on the xda-developers forum, the 3G version uses a PowerVR SGX 540 GPU, while Wi-Fi only was downgraded to the 530. In addition, a user on Amazon reports that Bluetooth is limited to 2.1, not 3.0, which may have foiled one Circuit City user’s attempt to pair it with a keyboard and mouse. This limitation is listed in the specs on Amazon, but not on CC.

No word yet on the reasons for the changes, but the simplest answer is cost-cutting. Unlike the 3G version, there is no carrier subsidy on the Wi-Fi version so it makes sense that Samsung would seek to cut some costs by using older, cheaper components. Some are calling the Wi-Fi only Tab a no-buy because of this. I agree to an extent, but only because these limitations weren’t clearly listed. If you know what to expect, the Wi-Fi only Tab is a fine enough purchase, but if you expect identical performance to the original minus mobile Internet, you won’t get it.