Wikipedia, a third-party application that interfaces with the Wikipedia website, has been declared the winner of Microsoft’s Next App Star promotion.

As a reward for winning the contest, Wikipedia’s developer, Rudy Huyn, will be featured in an upcoming television commercial for Windows Phone. Wikipedia, reportedly won users over with features rarely found in Windows Phone apps, including the ability present users with Wikipedia articles based on their geolocation, speech integration with Windows Phone’s built in TellMe service, and article sharing via a device’s built-in near field communications (NFC) chip. The app is free to all running Windows Phone 7.5 and Windows Phone 8 from the Windows Phone Store. 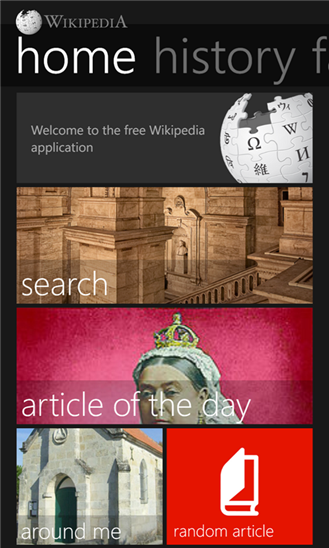 The Next App Star Contest originally started with 64 applications chosen by Microsoft as potential winners. Since early March, apps faced off against each other in weekly voting runoffs. Voters whittled it all down to just two apps: Rudy Huyn’s Wikipedia and ProShots, a camera lens app developed by independent developer Eddie Kezeli.

Google’s Google Play Store also suffers this problem. According to sources who talked exclusively to TechCrunch, as part of its Google Play 4.0 update designed to offer an easier buying experience, the company spent February unceremoniously removing any applications that it found to be malicious or low-quality. All told, 60,000 applications were removed by Google.

It should be noted that unlike the approval process for Microsoft’s Windows Phone Store, or the iTunes App Store, apps being sold in Google Play don’t have to go through an approval process before being made available for purchase.

Though The Next App Star contest is over for now, Microsoft will be continuing its efforts to push quality applications to the Windows Phone Store. According to the Windows Phone Developer Blog, developers can expect “posts with learnings from the competition that you can apply to your [developer] situation” in the coming weeks.