Will an Amazon Tablet Succeed? 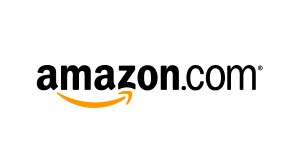 What's Next from the Online Giant?

Some of the biggest releases of 2011 have now landed and we’re knee deep in news about how this tablet or that tablet will single handedly overthrow Apple’s current market dominance. It’s an interesting time, mostly because no one can really decide (or agree) where the tablet market is going. And into this mess we have yet more devices coming.

Specifically, I’m interested in the upcoming release of the Amazon tablet – we don’t know much about it other than that it’s coming. What would have seemed silly two years ago makes sense now because Amazon has one of the largest install bases for eBooks, an Appstore for Android that works surprisingly well compared to Google’s Android App Marketplace, and a cloud service that is compatible with the Android platform.

Few other companies have been able to launch a new device after the ecosystem was developed – something that will be interesting to see, if only because we’re seeing so many other developers try to push their brand new tablets out of the gate. The Xoom lacked tablet-only apps, the Playbook was essentially forced to support Android apps due to low support by developers and other tablet makers are getting extremely creative with new hardware features in an attempt to compete.

In short, the real selling point these days is less the hardware and more the ecosystem. That’s no surprise when you look at what Apple’s been able to generate in the last four years since the iPhone launched. We have hundreds of thousands of apps, a subculture built around these devices, and a future with limitless opportunities for clever programmers. Heck, when the default ringtone for an iPhone goes off in a grocery store, at least a half dozen people reach for their pocket or handbag.

So, what then can Amazon hope to do when launching its device? It’s fairly clear that an Amazon tablet will run Android. It will also have strong integration and support of the Kindle marketplace, though this isn’t new as both iOS and Android have Kindle Apps. But, what might really draw people toward a new Amazon tablet is the fact that they know Amazon. It’s familiar and with familiarity come certain perks. You can market directly to the millions of Kindle owners out there and they will listen because they trust your products.

Throw in the fact that Amazon can come out of the gate with a strong app store interface, a cloud service (something we’ll see on tablets more and more in the future from Google and possibly soon Apple) and one of the largest digital marketplaces in the world for music, movies and books. Few other companies have that kind of system in place already. The real question is whether Amazon can compete with the Apple Culture and combine all of those parts into a single, cohesive platform that sells well. Sometime this year we’ll find out.