Will Apple Create Yet a New Wireless Protocol for the Home? 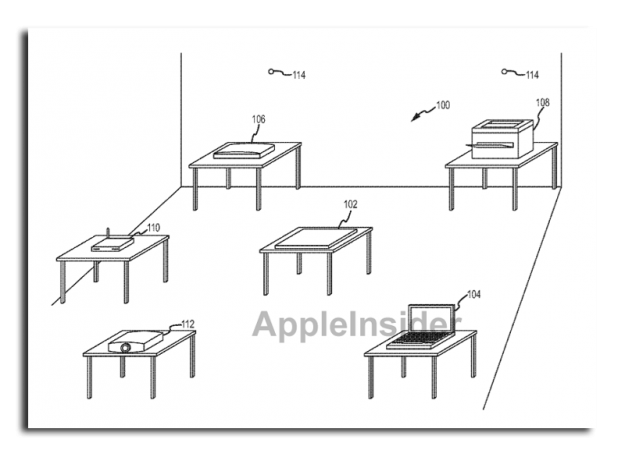 Apple may be looking to create new short-range wireless networking solution that will make it easy to pair and connect close-range devices in an effort to simplify home networking.  In a patent application called Local Device Awareness, Apple seems to be exploring home networking protocols, such as WiFi, Bluetooth, and RFID. The Mac-maker could potentially also develop a proprietary short-range wireless protocol that integrates with GPS technology to give users a map, for example, of where a printer is located. And rather than connect to the printer via Bluetooth or WiFi, short-range networking can allow users close to the printer to automatically pair to the device for printing.

Another application would be in multi-player games withere a pair of iPhones, for example, can be pre-loaded with a dice application so that users can shake both iPhones to roll both dice at the same time.

The patent filing was originally made in late 2009. At that time, talks about near field communications technology, or NFC, had not taken off, and today a potential wireless standard for Apple’s application could be NFC. A user can potentially tap too iPhone devices together to activate pairing without having to enter any passcodes or passwords, or tap an iPhone to a printer to print.

Apple has been exploring NFC as a wireless networking protocol. In addition to considering the technology for mobile payments like others in the mobile industry, including RIM, Google, and Nokia, Apple had also filed a patent in the past exploring the use of NFC on an iPhone as a means to store a computer’s apps, settings, and important information. That way, when connected to a foreign NFC-equipped Mac, the iPhone can load all the user’s personal settings and apps from home so that the borrowed Mac would act and feel as if it’s a user’s home Mac. The nice part is that all the private information could be retained on the iPhone through the NFC connection, thereby making using a foreign computer more secure.

Apple regularly files patent application on design, technologies, applications, processes, and ideas, though the company does not deliver many of those in consumer devices. It’s unclear what applications Apple may deliver in its next mobile products related to wireless networking technology as it could help the iPhone, iPad, Mac, Apple TV, and other products speak to each other. The company already makes a number of wireless routers, a wireless hard drive for backing up data, and it also recently launched the iCloud service as a means to synchronize devices.