In a shift of strategy, Apple head Tim Cook’s interview with Businessweek may suggest that Apple may move away from Intel chips inside its laptops and desktop computers in favor of another solution, perhaps even one developed by Apple like the A series ARM-based CPU found inside the company’s mobile iPhone, iPod Touch, and iPad devices running the iOS operating system. The shift would allow Apple to strategically differentiate its products and have finer control over the hardware and software. 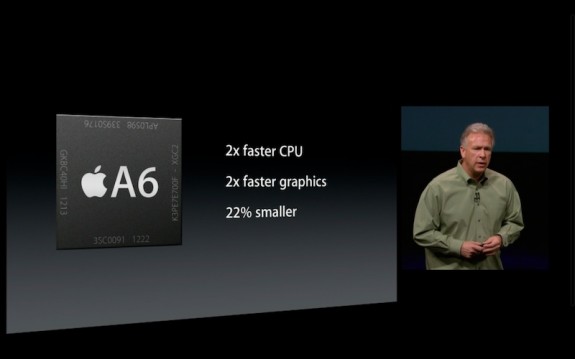 It’s unclear if Apple is displeased with Intel as the chip giant is helping OEMs building systems based on Microsoft’s competing Windows operating system with their ‘Ultrabook’ designs. Many of the Ultrabooks are designed in the same space that Apple had carved out with its MacBook Air and are designed to be thin and powerful.

Prior to Apple’s transition to Intel, the company had utilized Power PC architecture on its desktop-class products until 2006. In August of that year, the switch to Intel was complete.

However, as Apple entered the mobile space in the summer of 2007 with the iPhone launch, the company has turned to ARM architecture for its chipsets. The company’s latest A6 CPU on the iPhone 5 is said to be based on Apple’s design of the ARM architecture, rather than just merely using ARM designs and rebranding them, showing that Apple is demonstrating its design chops in the CPU arena. The company may likely be turning more to ARM and redesigning ARM’s set designs for use in the future if these speculative reports hold true.

Prior to the selection of Intel as a launch partner for its transition for OS X, Apple was at one point rumored to be in late discussions with AMD. However, it was believed that AMD could not make enough of its APU chips for Apple to use, and that was the ultimate reason why Apple partnered with Intel. AMD may still be an option for Apple if it went away from Intel, according to Apple Insider.

A shift to ARM design even for OS X may not be entirely out of the question, even where power is concerned. Apple has demonstrated that it could create scaled down versions of its office suite with iWork for iOS running on ARM processors, and even has ported iMovie and iPhoto to the iPhone. For consumer use, ARM may provide enough power and battery life advantage on a ‘desktop-class’ system. Microsoft is using ARM for its scaled-down Windows RT release, which won’t run legacy apps designed for Windows 7 or earlier.

The move may be part of Tim Cook’s efforts to emerge from the shadows of Steve Jobs, the charismatic leader of Apple that had helped to shape the post-PC era.