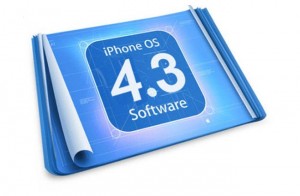 Small developers who are using Apple’s own in-app purchase APIs in their iOS apps are now being faced with a lawsuit delivered by FedEx from a patent troll. The developers themselves are being sued for patent infringement over in-app purchases for using an API that was made available to them by Apple. While the lawsuit should have theoretically been targeted at Apple, the patent troll, Lodys, is going after third-party developers who may not be as legally equipped to fight the costly battle.

In the past, with the Windows Mobile ecosystem, Microsoft was wise to protect hardware-makers and OEMs from legal battle. Microsoft wanted to court OEMs in building Windows Mobile PDAs and smartphones, and at the time pledged to defend OEMs from any legal battles as a result of them adopting Windows Mobile. That means that, for instance, if Windows Mobile were to have infringed on a patent, and HTC was sued, Microsoft would pay for HTC’s legal fees. Apple could employ the same strategy, and should do so to protect its developer community, which is one of the strengths of iOS as the number of apps available to iPhone, iPod Touch, and iPad owners far outnumber the apps available on rival platforms.

So far, via Twitter, it seems that two developers have been served with lawsuits from Lodys.