Will HTC Be a Launch Partner with Windows Blue?

With the next-generation Windows 8 software upgrade dubbed Windows Blue slated to occur later this year, there is now speculation that Microsoft partner HTC may deliver a Windows tablet at the same time. It’s still uncertain whether HTC’s tablet will run the full Windows 8 software or if it will run the more limited touch-based Windows RT software that’s powered on more power efficient ARM processors. 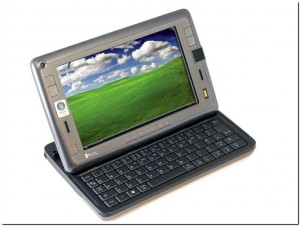 This isn’t the first time that we’re hearing chatter about an HTC-Microsoft partnership in the Windows tablet arena. In the past, we’ve heard that HTC had broached Microsoft about being an early Windows 8 launch partner, but Microsoft had passed on HTC’s offer as it wanted a partner with a bigger name and more experience for the first go-around.

HTC’s no stranger to the tablet space, and in particular the Microsoft tablet space. Even before Android, HTC had experimented with the compact ultra-mobile PC, or UMPC, product category with a 7-inch HTC Shift tablet that offered a sliding hardware QWERTY keyboard.

The company’s focus on Android brought forth the HTC Flyer, a 7-inch tablet that made use of the HTC Magic Pen active digitizer for more accurate pen input. HTC debuted the HTC Flyer ahead of Samsung’s entry into the space with the original Galaxy Note phablet. The company followed up with a 10.1-inch HTC Jetstream tablet for AT&T that also used the HTC Magic Pen. However, HTC wasn’t able to capture needed market share with either tablets as they were priced too close to the iPad when launched.

Since then, HTC had said it would be exiting the competitive tablet space in the U.S., though the company may be re-entering the slate market with a renewed focus on Windows with Microsoft if the latest NPD DisplaySearch information is accurate.

Windows Blue may also support even smaller tablet sizes, opening the doors to a potential 7- or 8-inch Windows 8/RT slate from HTC if rumors hold true.