In a Twitter conversation between blog IntoMobile and industry insider Eldar Murtazin, it appears that Murtazin has some information that HTC is exploring creating a Windows 8 tablet. Though HTC has been a late-comer of the smartphone and mobile companies to launch an Android tablet–it had only debuted the HTC Flyer earlier this summer and the HTC Jetstream has only recently landed on AT&T–the company had created one Windows tablet in the past called the HTC Shift. 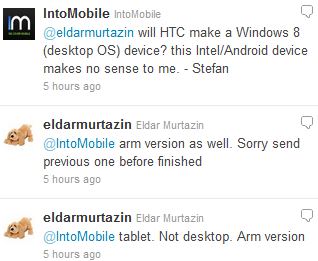 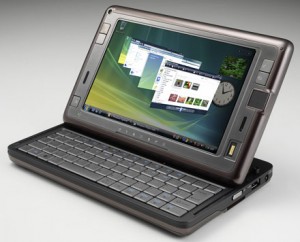 The HTC Shift utilized an exposed display convertible form factor where the screen slides up and tilts to reveal a full QWERTY keyboard.

Now that Microsoft is further evolving its tablet PC with Windows 8, it seems that the long-time Microsoft partner will also be launching tablets in addition to Windows Phone devices. Murtazin tweeted that HTC’s tablet will run on Qualcomm’s Snapdragon chipset–which really isn’t surprising as HTC is also a long-time Qualcomm partner and given that Windows 8 will support ARM processors for the first time, the move seems natural.

Additionally, HTC may also launch an Intel-based Android tablet as well in 2012. The 2012 launch date of that tablet suggests that HTC is exploring Intel’s next-generation Medfield mobile Atom processor.