Black-Eyed Peas frontman Will.i.am now has his own iPhone accessory called the i.am+ according to The Telegraph.

In Will.i.am’s words the i.am+ “turns you smartphone into a genius-phone.” It does this by taking over the camera and replacing it with a 14MP sensor with a better flash and interchangeable lenses. The accessory will come in four models, two for the iPhone 4/4S and two models for the iPhone 5.

The interchangeable lenses for each model include standard, wide-angle, zoom, and fish eye. 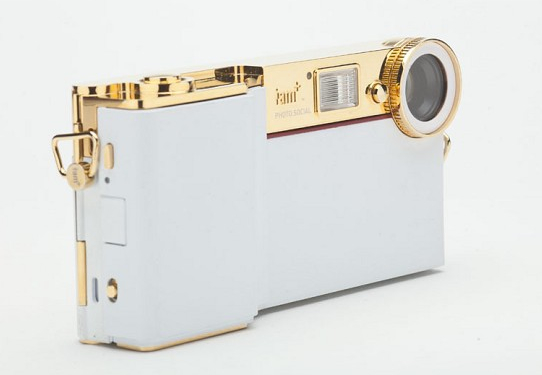 The i.am+ will also have a companion app for taking photos. The app will make use of the 14MP camera and apply filters to them like Instagram along with photo editing. Users can then share the photos from the app to Will.i.am’s photo sharing service i.am. The website doesn’t have anything at the moment, but it will launch on December 6, the same day as the accessory.

Will.i.am says i.am will be “a social photo experience” which sounds a lot like an Instagram service made for users of the i.am+.

It’s not clear if Will.i.am will release the i.am+ in the U.S. on December 6, or if there is a separate U.S. launch planned for the accessory and social network. For now it appears the release is U.K. only.