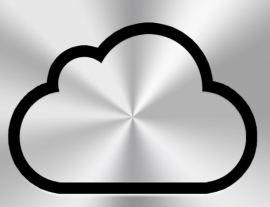 Apple had announced that it was going to abandon Mobile Me and price iCloud at the amazing price of $0.00, but will iCloud’s free price come with some hidden and implicit costs? The service is being promoted beyond the calendar, contact, and email synchronization as the consumerization of push email when Mobile Me initially debuted. Apple said in its WWDC keynote that iCloud will store all your app purchases–so you can go in and see what you’ve bought and easily re-install at a later date–as well as documents, photos, and other content in the cloud. However, by integrating iCloud with iTunes app purchases, will users who share a common iTunes ID to download app in their family have to now own separate copies of apps on each device?

Currently, before iCloud, families who have multiple iOS devices can share the same iTunes ID to purchase music, movies, TV shows, books, apps, and podcasts on iTunes. This means that if I bought my favorite GPS–Navigon–app, I can potentially share it with my girlfriend or brother if we share the same iTunes login, which is linked to my credit card–anything I buy, these people can download on their devices as it would show the devices tied to my iTunes.

Enter iCloud. As Apple makes iOS devices more personalized, it appears that iCloud’s free price tag may come with some hidden costs. Rather than associating content and purchases with a general iTunes ID, tying iTunes and iCloud together may create some hidden costs, especially with the streamlined cloud synchronization. As users try to sort out the automatic synchronization of more personal content, like photos and documents, so that not everyone who has access to your Apple iTunes ID will have access to those personal content, iCloud may also have the side effect of separating app purchases so that only devices owned and managed by the Apple ID owner would get the apps.

That means that if I may not want my brother to have access to my documents or pictures, I’d have to divorce him from my iTunes ID.

This notion may help Apple spur more sales of apps and users would have to purchase apps for every individual member of the family, rather than sharing the same login as iCloud and iTunes become more personal in nature.

If this does happen, I can see the potential need for profiles and switching in the future on devices, kind of like having separate log-ins on the PC. While the smartphone is personal, the iPad is still more of a family device akin to a family PC. In that sense, it is shared between various members of the same household in the living room, and users may want to log in under their own ID to access their own personalized content.

The other thing that we’re seeing potentially with iCloud is that it’s moving iTunes purchases towards the Google model. On Android, as purchases are tied in with a user’s Google mail account, sharing one’s Gmail account and password to share app purchases may not be so wise, so in the case of Android, every individual user buys individual licenses for apps, rather than share it on the same ID for family use as is the case with App Store purchases on iOS currently.

We’ll probably know more for the future, but the personalized nature of iCloud right now raises some eyebrows if free will actually cost a hefty sum down the road as family of users will now need to purchase individual licenses rather than pool their purchases.