When Apple announced iWork in the Cloud, many people concentrated on the fact that this brought iCloud to Windows. Which it does. Users of Windows machines can fire up their favorite web browser and log into the new service once it launches and do desktop publishing, writing, number crunching or presentations via the cloud on any Windows machine.

However, the real interesting battle might happen between Apple and Google once again.

Google got a big head start over Microsoft and Apple with Google Docs, a simple suite of office productivity tools available for free for every Gmail user. Google pushed the service into enterprise circles as an alternative the expensive Microsoft Office suite of applications. Education users also got on board with the service.

Now that Apple plans to port their simple and attractive productivity office suite to the cloud via iWork.com, they too might enter the crowded online suite arena that now also includes Office 365.

We don’t know about cost yet. Will Apple offer to free to all users with iCloud? Will they only add it for registered users of the Pages, Numbers and Keynote apps on the iPad, iPhone or Mac? We don’t know, and won’t know, until the finally release pricing details sometime “this fall.” 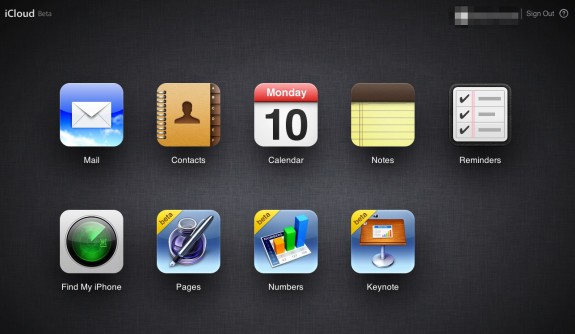 Without looking at the real app, since all we see now is a promise that it will come soon, we can’t judge how well it stacks up to Google Drive or Office 365. However, it will certain become an appealing alternative to those already using iOS devices and Macs.

Many schools and business like iPads due to cost and simplicity. Employees, staff or students can add thousands of apps to extend the usefulness of the iPad. Since most people still own Windows machines, this means that they could work on their iPads, but working from home on a full-featured computer wasn’t possible since they didn’t own a Mac at home. For this reason, we think that iWork in a browser could help make the suite more appealing.

And that means Google gets hurt more than Microsoft.