LG already has the Optimus G on AT&T and Sprint and the smartphone-maker recently launched the AT&T-exclusive Optimus G Pro, but the newly announced Optimus GJ shows that LG is going after those with active lifestyles. After the launch of the Sony Xperia Z smartphone, a waterproof and dustproof phone that debuted at the Consumer Electronics Show earlier this year, with powerful specs and an attractive design, waterproof smartphones are beginning to enter consumer mindsets. 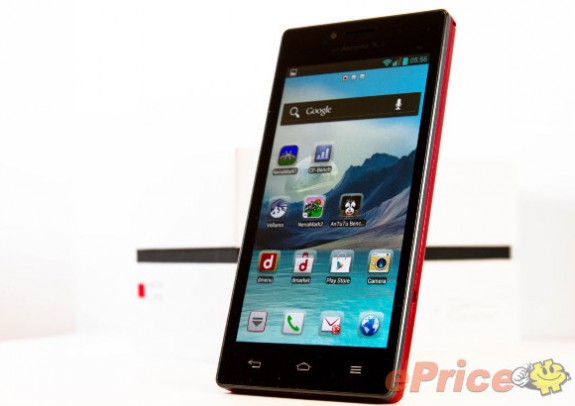 The Optimus GJ will help LG compete against not only the Sony Xperia Z, but also with the rumored Samsung Galaxy S4 Active in the waterproof space.

Though the Optimus GJ doesn’t quite match the 1080p display of the high-end Xperia Z, it’s no slouch where specs are concerned. The phone is said to be the more rugged twin of the original Optimus G, but adds on a waterproofing layer. Specs should include a 13-megapixel camera from the international Optimus G, quad-core Snapdragon S4 Pro processor, and a 720p HD display. In fact, you can even call it a rugged Nexus 4 if you’d like.

In the past, smartphones that were built either for the rugged lifestyle or had weatherproofing capabilities were often bulkier than the flagships and came with stripped down specs. Fortunately things are changing and the IP57-certified Optimus GJ can handle a meter of water for 30 minutes at a time.

The Optimus GJ, unfortunately, at this time appears to be limited only to Taiwan according to GSM Arena. It’s unclear if LG has broader international plans for this waterproof phone, including the U.S. market.