So far, Apple’s exclusive use of the powerful Liquidmetal alloy has been limited to the iPhone’s SIM ejector tool. The alloy allows Apple to create a strong tool, similar to a paperclip, that won’t bend or break even with extreme force. And although the alloy has been rumored to be coming to the casings for iPhone, iPad, and MacBook products in the past, so far those rumors have panned out to be inaccurate. Now, it looks like Liquidmetal may be coming to the iPhone in larger part than just on the SIM ejector tool if Apple’s patents are to be believed.

Apple’s patents show that the company may be exploring Liquidmetal on the iPhone, and perhaps even on the iPad, in three key areas to help strengthen the devices. However, the use of Liquidmetal would still be more limited and likely it will be a few years until we see a unibody Liquidmetal-constructed iPhone shell.

In one instance, Apple is using Liquidmetal underneath buttons. Buttons are pressed frequently and suffer more abuse than any other part on the phone through normal wear and tear. In past instances, we’ve heard of both the power button and the home button mafunctioning or not working when depressed.

This is likely due to worn out switches placed underneath the button:

Because switches on consumer electronic devices are operated frequently, the materials used to fabricate the switch must be capable of repeated deformation and return to their original configuration. The ability of a material to deform reversibly under stress is known as the material’s elasticity. Above a certain stress, known as the elastic limit of a material or the yield strength, the metal material may deform irreversibly, becoming inelastic, exhibiting plasticity and adversely affecting the function and utility of the switch. […]

As Liquidmetal as a material is more durable, it could be used as the elastic material to support the button and replace the way that traditional switches are made today. This would allow buttons to operate longer and not malfunction over time with repeated use. 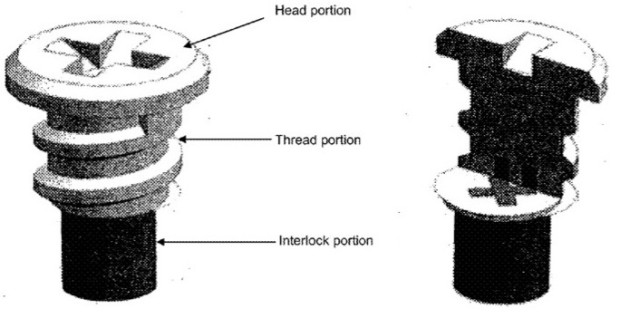 A second application for the allow would be in tamper-resistant screws so that special tools would be required to access the iPhone’s internal components. Apple likely wants you to service your iPhone through the Genius Bar, Apple Care, and authorized Apple service centers that are operated independently of the company rather than taking the DIY route and trying to repair your phone yourself. This isn’t something new and the auto industry has taken steps to ensure that service work on cars can only be completed with hard to find tools in the past to force drivers to take their cars into shops for maintenance and repair work. Apple could leverage Liquidmetal in the same way by fashioning screws that interlock with special head and thread portions in a similar way, requiring special tools to access.

And yet a third application would be to use Liquidmetal in a substrate for touch sensors found inside the displays of the iPhone and iPad. According to MacRumors, “Apple describes how discrete areas of crystallinity can be created on the amorphous metal substrate, allowing for greater control and higher density of touch sensing arrays, thus giving greater positional precision for touch sensing.” 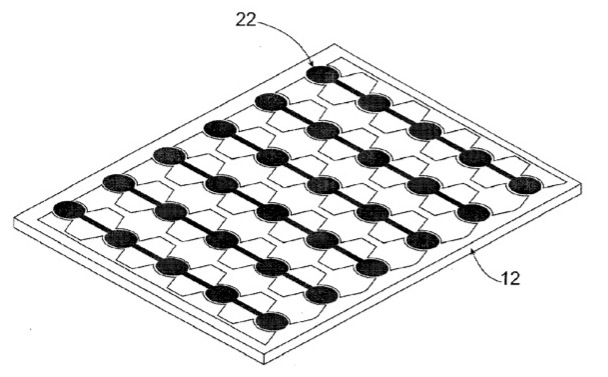 At this time, it’s unclear what Apple’s plans are for the iPhone 6, but if the company has made enough progress with the alloy, we could begin to see Liquidmetal be used in more components. Some of the use may be beneficial to consumers, like use of Liquidmetal to strengthen switches to make buttons more durable while others like using them in tamper-proof screws may hinder the serviceability of the iPhone without Apple’s help.