Will Microsoft Use Windows Phone to Kill the iPad?

Microsoft’s mantra has been that Surface and Windows 8 RT are its iPad alternative, but new details about a recent software release are making things more interesting. According to details shared with hardware makers by Microsoft, the company’s Windows Phone 8.1 operating system could act as a much-needed operating system to device makers trying to create iPad alternatives.

Documentation for the Windows Phone 8.1 Update that Microsoft began deploying to developers earlier this week revealed the new details and possible changes in Microsoft’s strategy to provide users with Windows-powered iPad alternatives. 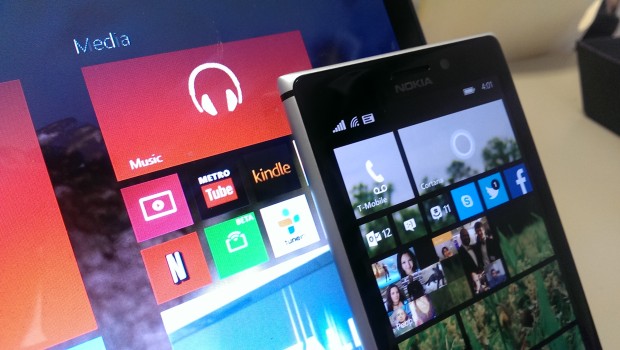 Reading the Building and Flashing Images section of the documentation reveals that Microsoft will allow developers to install a software pack on their devices called the Wi-Fi Feature Pack. The name is cryptic, but the description of the feature pack reveals that it doesn’t so much add Wi-Fi features to Windows Phone as it does kill off cellular features. The idea is that going forward companies who make Windows Phones will be able to use the Wi-Fi Feature Pack to kill off all the notifications and extra settings that come along with a Windows Phone having a cellular collection. For example, SMS messaging or the notification that tells users that their Windows Phone doesn’t have a SIM card.

Today, this sounds far-fetched. Microsoft has mostly forced its hardware partners to stick to making phones with Windows Phone 8 on them. Until a Windows Phone 8 update last year, smartphone makers couldn’t even create phablets to compete against the Samsung Galaxy Note 3 because Windows Phone wasn’t optimized for screens that large enough.

On the other hand, changes made earlier this year only highlight a future for Windows Phone as software for building iPhone and iPad alternatives. Earlier this year Microsoft announced that Windows Phone device makers would no longer be charged to include the operating system on their devices. It then killed off many of Windows Phones most stringent hardware requirements as if it had plans for device makers to create something other than phones. Windows Phone makers no longer have to include a physical camera button on their devices. Gone is the requirement that developers create devices with physical Back, Windows and Search buttons too.

Add all of that up and Microsoft has a second tablet operating system waiting in the wings for Windows hardware makers to take advantage of in the future. Recent rumors also confirmed that Microsoft was aiming to move its current operating system for iPad alternatives – Windows 8 RT a bit closer to Windows Phone in terms of app development and hardware support.

Of course, Microsoft hasn’t commented on the changes listed in the Windows Phone 8.1 Update change log. Traditionally, Microsoft doesn’t comment on rumors or speculation – even if the basis for that speculation is published on one of its own sites.

Should Windows Phone replace Windows 8.1 on devices with screen as large as 7-inches than Windows ecosystem could be in for huge changes. Windows 8.1 RT devices besides Microsoft’s own Surface tablets failed to catch in any significant way. Today, most device makers are installing full-blown Windows 8.1 on Windows tablets with screens around 8 to 7 inches, neutering battery life and forcing the Desktop interface onto devices that really shouldn’t have them.