The problem with innovation, a lot of the times, is that new technologies take a toll on battery life, which is a valuable commodity in the smartphone space. Take for instance the debut of 4G LTE a few years ago. When new handsets–like Verizon’s HTC Thunderbolt–debuted, battery life was the tradeoff at the expense of faster speeds. Then came high resolution qHD, 720p HD, and now 1080p HD displays. Phones that push these “Retina Display”-like screens sacrifice some battery power to achieve resolution greatness. So how does an innovative smartphone manufacturer pack in as much technology as possible while slimming down designs achieve noteworthy battery life? Apple seems to think the answer will be in packing in more sensors and adding context to the information it collects.

Described in a patent application as “power management for electronic devices,” it appears that Apple may be looking at automated profiles based on a number of different things, including prior usage behavior, location, time of day, and other factors.

It’s actually similar to what Google-owned Motorola Mobility has been toying with in that company’s already released Motorola Smart Actions app, which turns on or off radios and functions of the phone based on geo-location data, time, and usage.

Apple’s patent goes a little deeper and adds contextual information to the equation. It’s similar to driving a plug-in electric car. In this case, “range anxiety” is still a big problem where users may not know when they may run out power on their smartphones, which could not only disrupt their use of GPS, photo taking, and social network sharing, but could also pose a problem if they’re not able to call for help in an emergency. 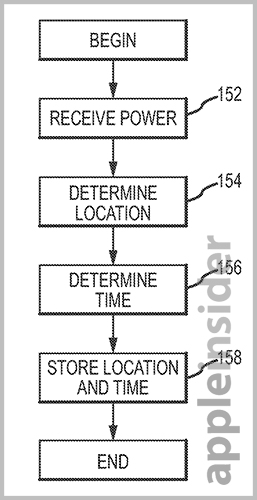 In the patent filing that was posted by Apple Insider, Apple describes one such implementation of its smarter profiles by integrating sensors and context:

The difference here in what Apple is trying to do, versus existing solutions like third-party profile manager Tasker and Motorola Smart Actions, is that Apple recognizes usage, knows how long it will be before the phone gets plugged in, and adjusts power management settings based on contextual data. Motorola’s solution may just adjust power based solely on time and location–if you’re at home at night and in bed, it won’t fetch email for example to conserve juice unless the phone is plugged in–which may not still solve smartphone-based “range anxiety” issues.

Calculating in specific usage patterns will also make the smartphone experience even more personal, and you’ll have a smartphone with the longest battery life adjusted for how you use your device. This may help users be able to use all the features on their phones without concern for battery life. In the past, some solutions to maintaining longer times in between recharges was to turn off things–like 4G LTE and switch to 3G, or switch off Bluetooth and NFC–but now, users can have all those things on and have settings and radios dynamically adjusted based on expected battery life and how long the phone estimates it will be away from a power source. 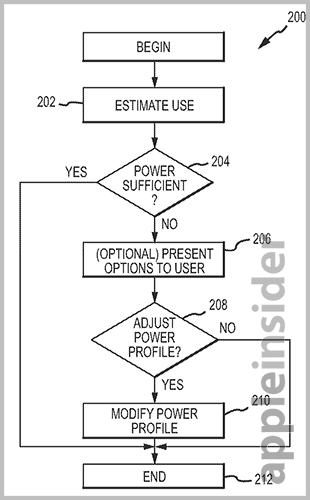 It’s unclear if and when Apple intends on implementing this battery life solution in future iPhone models, but battery life has been a hot topic given Motorola’s recent marketing of the Droid Maxx for Verizon boasting 48-hour of battery time.