Will the iPhone 5 Support Dual-SIM Cards for Two Different Numbers? 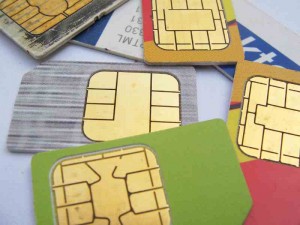 Now that the iPad 2 has launched, we’re taking a break from covering Apple tablet rumors to cover Apple smartphone rumors. A new rumor being circulated by Chinese smartphone parts reseller iDealsChina posits that the next-generation iPhone 5 will have not one, but two SIM card trays to support dual-SIM cards.

iDealsChina says that the feature will allow iPhone 5 owners to have two lines of service and could operate two numbers at the same time, which would be great either for travelers who need access to a home SIM on a home network and also a global SIM for roaming, or for users who use the iPhone 5 and would want to have their work and personal lines on the same device.

The rumor presented by iDealsChina seems a bit dubious, though, and 9to5 Mac has chimed in with their own theory, suggesting that the iPhone 5 will be a world phone sporting Qualcomm’s Gobi chip, which will combine CDMA and GSM support into a singular design. This means that the iPhone 5 could either be used on Verizon’s CDMA network or AT&T’s GSM network in the States, and could also roam to any country using either CDMA or GSM technologies. Whether the feature will allow dual or simultaneous services through different carriers is possible is uncertain, but if the iPhone 5 does allow simultaneous carrier services, you could theoretically have a Verizon and AT&T number all on one device.