Will The Next iPod Touch Have 3G Connectivity?

According to a report from Dutch blog called AppleSpot.nl, Apple’s next iPod touch might have new antennas and 3G connectivity if and when it arrives at some point in the future. 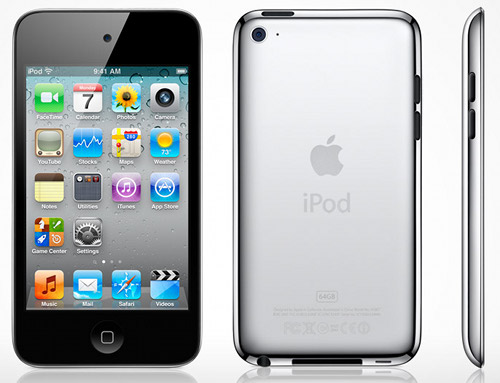 As you may know, the current iPod touch is essentially an iPhone without the phone. It allows you to connect to the App Store and it also allows you to play music like an iPod does. However, this new rumor states that Apple may in fact be bringing the iPod touch even closer to a different Apple device. The iPad. Here is a rough translation of what the report is saying Apple will do:

It will work just like the iPad; you get a 3G enabled simcard from your provider and put that in you iPod Touch. Apple’s choice of bringing 3G to the iPod Touch isn’t all that weird, if it’s true of course. Question remains how the providers will react to this, since the use of for example Skype will skyrocket.

What this means is that the iPod touch might become similar to the iPad in that it will be able to consume data over 3G networks but won’t feature voice calling over cellular networks like the iPhone. Pretty wild and the information is skeptical at best but it’s definitely not out of the question as 9to5Mac points out.

The iPod touch needs something to reinvigorate it and 3G connectivity could very well be that thing. Without it, the iPod touch is limited to Wi-Fi networks and you’re not always going to have a Wi-Fi connection and that means that use of applications becomes limited when Wi-Fi isn’t close by. Throw in 3G connectivity and all of a sudden you have a mini-iPad on your hands, capable of things like Skype calls wherever there is a wireless connection available.

Of course, the current iPod touch doesn’t have GPS and we think it’s unlikely that this new iPod touch would have it on board because Apple doesn’t want to create an in-house competitor to the iPhone. But the more we think about it, it’s certainly possible that this could be a reality. In fact, there is a possibility that it’s the inexpensive iPhone that Apple has been cooking up and that’s pretty darn exciting.

But there are some reasons why this might not come to fruition. As CNET points out, the cost of putting a 3G module into the iPod touch might be too tricky and possibly a bit too costly, even for Apple’s tastes.

We’re staying optimistic. Would you buy an iPod touch with 3G connectivity? And how much would you be willing to spend?