Those who follow Apple’s smartphone beat know that the GSM iPhone has enjoyed an annual refresh every summer around the June-July time-frame. It’s dubious if Verizon’s iPhone will follow the same refresh cycle, or if increased iPhone demand in the U.S. through a multi-carrier offering would force Apple to stagger the refresh cycles between the Verizon and AT&T iPhone models as the iPhone 4 launched with heavy constraints on Apple’s suppliers.

In its press event in New York City today, Verizon had announced the iPhone 4 for its CDMA network, which is a 3G network that won’t allow simultaneous voice and data unless you manage data via WiFi, but the carrier didn’t give specifics about product refreshes. Apple says that its relationship with Verizon is a multi-year non-exclusive arrangement, meaning that we can potentially see a second, third, or even fourth iPhone beyond what is launched today. Though neither Apple nor Verizon would comment on whether or when the iPhone 4 for Verizon Wireless would get upgraded, there are lingering questions on when that device would be refreshed as the iPhone 4, in the physical design that Apple had launched for Verizon’s CDMA network, has been on AT&T for approximately six months now.

As the GSM model gets yearly refreshes, it’s uncertain whether the CDMA model will get pushed to the same time table. If Verizon and Apple went with a mid-year refresh, like for the GSM iPhone, Verizon’s iPhone 4 adopters would most likely be upset that they’ve only enjoyed about 6 months of time on their device before the iPhone 4 gets bested by the next-generation iPhone 5 model.

Another potential for upgrades is, as I had mentioned, to stagger the refresh cycles, which would ease up on Apple’s supply chain. With strong international demand being handled in the iPhone model’s first six months of launch, Apple could dedicated all of its resources to manufacturing the next iPhone will waiting for GSM demand to cool down before releasing a CDMA variant. However, if this strategy is to be implemented, Apple will most likely upset customers on the nation’s largest wireless network.

While yet a third scenario would be that the iPhone 4 and the next-generation iPhone 5 would have similar enough models that Apple and Verizon may even opt to go 18 months on the CDMA iPhone launch, leaving the Verizon iPhone to fill the gap between the iPhone 4 and through the lifetime of the GSM iPhone 5. 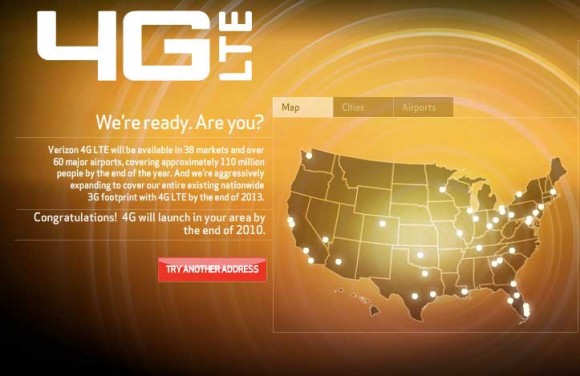 Apple had mentioned during Verizon’s press event that they had rushed Verizon’s iPhone out to meet customer demands rather than wait for 4G LTE to offer better battery consumption. Additionally, with AT&T not ready to deploy LTE until the second half of 2011–the carrier will initially be rolling out 4G in the form of HSPA+ rather than LTE in the first half of 2011–a GSM iPhone 5 may not be such a radical upgrade if Apple maintains a similar design, much like the transition between iPhone 3G and iPhone 3GS.

That said, with a faster potential GSM HSPA+ iPhone 5 lasting through summer 2012, Verizon’s iPhone 4 may not get an update until summer 2012 and may join AT&T and GSM iPhones everywhere at that time with a refresh. That would put Verizon and the GSM iPhones in line with an LTE refresh for true 4G, which would give chip vendors time to optimize 4G LTE radios for battery life.

Of the three options that I mentioned, the last one seems the most probable for me. That option will give the life expectancy of the CDMA iphone 4 about 18 months on the market as the flagship CDMA iPhone, with CDMA models not getting a refresh to iPhone 5 status until LTE rollout becomes more robust. A corollary to this theory would be that there may be off-season refreshes for Verizon’s iPhone model that would put an LTE radio in the phone before the GSM model gets LTE based on Verizon’s big 4G LTE push in the U.S. market. This would give Verizon first dibs on an LTE iPhone while at the same time offering Apple the supple channel advantages of better managing inventory with off-cycle refreshes. 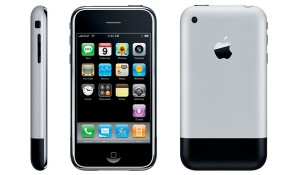 Given that Apple would rather wait for a network to be fully built rather than launching on a nascent next-generation network, we may be some time away from a true 4G LTE iPhone for either Verizon or AT&T. Apple had launched the original aluminum iPhone on 2G EDGE at the time as AT&T was only starting to build out its 3G HSPA network. Apple had cited that it wanted to offer long battery life as 3G wasn’t optimized to the company’s satisfaction at the time to offer longer run times on a single charge, as well as the more ubiquitous 2G network as reasons to foregoing 3G initially. If history repeats itself, we may see 3G, or enhanced 3G (HSPA+) favored over 4G while LTE networks are still being deployed across the globe.

For now though when considering refresh cycles for the iPhone on Verizon, Apple has to balance meeting international demands and also eager and loyal Verizon customers who have waited through 4 cycles of iPhone refreshes to get the Apple smartphone on its network. Refreshing the iPhone too soon–this summer–for Verizon could easily upset early adopters and offering annual off-cycle refresh cycles could upset iPhone adopters who may look on to their GSM AT&T counterparts with envy as those users may get the next-gen iPhone six months if the off-cycle timeline is adopted.