Tonight (actually tomorrow morning at 2:00 am) here in the US we turn our clocks back an hour for Daylight Saving Time. I know many are thinking that could really use that extra hour of sleep that they supposedly are going to get, but that’s a subject for some other discussion. If you’ve been around the block as many times as I have you’ll remember having to reset clocks manually before falling asleep or after waking up back in the days before we had devices connected to time servers. Making sure the coffee maker was ready to go was always a must. But with more and more gadgets capable of resetting themselves when the clock springs ahead or falls back, that chore has become less of a bother. (Although I still fret about the coffee maker which is not connected in anyway.)

For those with iOS devices from Apple you might want to pay careful attention to your iPhones or iPads tomorrow morning. Apple has had some issues with keeping time in the past. An iOS Daylight Saving Time bug creeped into iOS 4 in 2010 and 2011. And it looks like there may be a possible reason to check things carefully again.

Last week after countries in Europe, the Middle East, and other regions made the Daylight Saving Time switch, iOS users reported that times were off by an hour after the magic hour came and went. For example, an appointment set for 2pm would show up as 3pm. Apparently this bug isn’t as severe as those in the past, as it is only showing up in the Calendar App. The correct current time was showing up in Notifications and other locations, but not in the the Calendar App as the line indicating the current time was displaced by one hour. 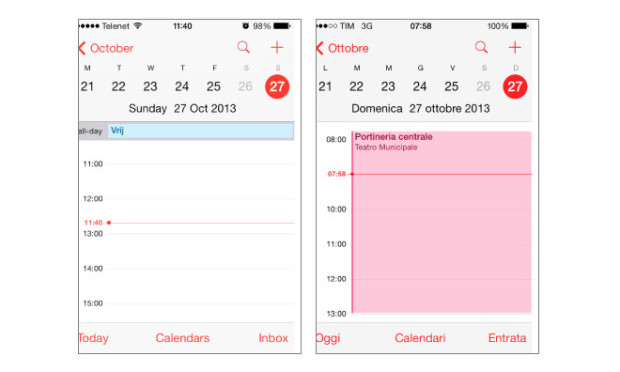 Looking at my Calendars and reminders on iOS 7 devices, I notice that Reminders have already been moved back an hour in what looks like an appropriate fashion given the impending time shift. The 7am reminder that shows up in both the Reminders App and again in Fantastical would normally be 8am during Daylight Saving Time as opposed to Standard Time. Now, I’m assuming that is correct behavior. If not, there’s another issue there as that recurring reminder is set for 8AM and 8PM every morning and evening. None of my appointments have made the shift, so we’ll see how that looks in the morning. 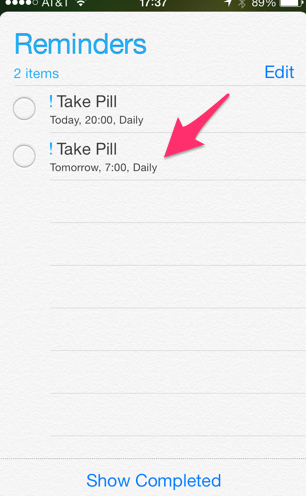 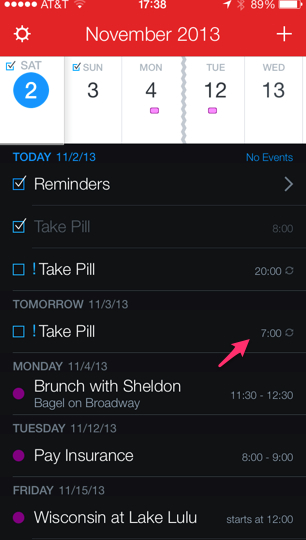 Hopefully things will go smoothly as we all try to get that extra hour of sleep. But just in case, keep your eyes open if you’ve got appointments you need to pay attention to tomorrow. And if you need to set an alarm for a special occasion, you might want to dig out that old manual windup alarm clock just, or at least re-familiarize yourself with the buttons on your clock radio.