Will Windows Phone 8 Arrive on September 7?

We now know that Microsoft’s Windows 8 platform for desktops and tablets will be shipping starting on October 26, but what about the mobile Windows Phone 8 OS? According to a teaser that Nokia is posting outside of its Helsinki, Finland store, ‘something amazing’ will be coming on September 7, 2012. The company’s retail store is currently closed for renovations currently.

An image posted on My Nokia Blog shows a Nokia store with a banner outside teasing the arrival of something amazing along with the date. 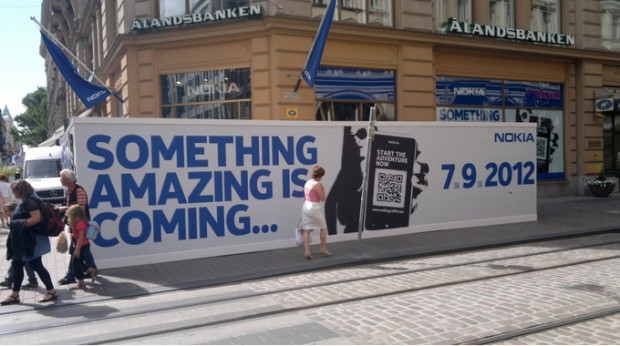 It’s unclear what that something amazing is. According to a report on Phone Arena, Nokia’s annual Nokia World conference is slated to kick off this year on September 5. However, given that the close proximity of the conference’s start date to the amazing release date two days later, it may be unlikely that Windows Phone 8 devices would be available for sale two days after the conference kicks off. However, it is still a possibility that Windows Phone 8 could arrive by then.

In the past, speculations about a Nokia Lumia smartphone with Windows Phone 8 is said to be amazing with an experience that exceeds today’s Windows Phone 7.