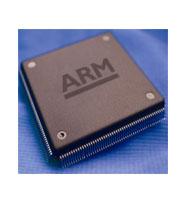 Having conquered the smartphone market and emerging consumer tablet market with its reference chip designs, ARM is looking towards the mobile PC market for growth and the company’s ambitious goal is to have its chips inside half of all mobile PCs sold by 2015.

ARM’s reference chip designs are found in many popular consumer products, including a vast number of Android and Droid-branded smartphones, Apple’s iPhone, the BlackBerry PlayBook, the Motorola Xoom and iPad tablets, and others. The reference design has been adopted and tweaked, adding graphics power, wireless connectivity, and a number of additional sensors and radios into products like NVIDIA’s dual-core Tegra 2 system-on-a-chip, Texas Instruments’ forthcoming TI OMAP chips that is rumored to power the coveted Motorola Droid Bionic, Apple’s A4 and A5 chipsets, and Qualcomm’s Snapdragon designs on the HTC Flyer, Sensation, and EVO 3D to name a few.

So far, though, Intel has held a market lead in anything that’s Windows-based, but that may change soon. At CES, Microsoft had announced that it will work on making Windows playable on ARM chips, and the chips are coming with increasing power and capabilities that are now rivaling some of Intel’s designs while still offering energy efficiency. Since that announcement, however, there has been conflicting information on whether or not ARM would run Windows fully as Intel had gone on the offensive saying that ARM machines won’t run legacy apps.

“Today we have about 10 percent market share [in mobile PCs]. By the end of 2011 we believe we will have about 15 percent of that market share as tablets grow,” said Tudor Brown, president of the U.K.-based company, during a news conference at the Computex trade show in Taipei. “By 2015, we expect that to be over 50 percent of the mobile PC market.”

In more recent news, the company’s reference design has been rumored to be powering Apple‘s next-generation MacBook Air, but industry observers have noted that the potential for that to happen right now is slim and Apple would probably wait for ARM to release its next-generation ARM Cortex A15 chipset. When that does happen, and if Apple adopts ARM for OS X, it would have most likely implement some proprietary changes like it does to the current A4 and A5 chips on the iPhone and iPad.

Both Intel and ARM have been aggressive with the mobile PC market, including tablets, smartphones, and netbooks. The former is looking to get its Atom chipsets placed into more tablets and phones and has promised that 10 tablet announcements will be made with Atom processors at Computex.

ARM expects its commercial A15-based chips to be coming in early 2012.

For now, NVIDIA is demonstrating powerful graphics and processing capabilities of its ARM-based quad-core Kal-El processor, which is rumored to land as the Tegra 3 chipset though NVIDIA hasn’t approved any official consumer branding to its Kal-El designs yet.

ARM says it has captured about 10 percent of the market and anticipates to have 15 percent market share with the rise of tablets. It hopes to have chips inside notebooks, tablets, and other mobile PCs by 2015 and capture 50% of that market, though the category was ambiguously defined by ARM.