The WIMM One smart watch is one of my favorite connected watches, and with the launch of the WIMM Micro App Store, it’s even better than ever.

The new WIMM Micro App Store allows users to install watch faces and apps on the WIMM One without any wires.

The new apps and watch faces will sync to your watch when it connects to the Internet over the built-in WiFi.

There are a limited number of Apps in the WIMM Micro App Store, but it’s a good start, and offers a much simpler and streamlined installation process.

The WIMM One is a developer version of WIMM’s smart watch, which will hopefully arrive from a number of third parties later this year. For now, you can buy the WIMM One on Amazon for $199. 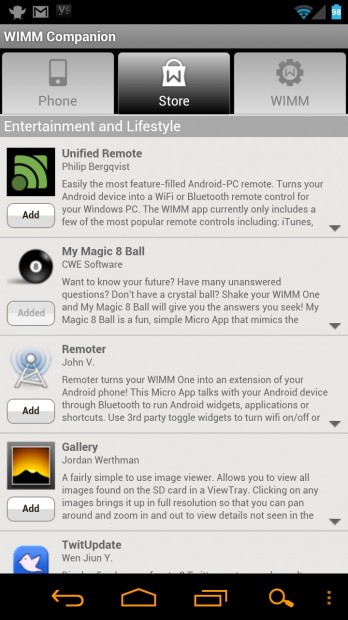 Some of the new apps include;

There are also a number of watchfaces that allow you to customize the look of your WIMM One smart watch.

These apps allow you to expand the functionality of your watch. I believe that the inclusion of an app store on smart watches will be as important as the app stores are to the iPhone and Android.

The WIMM One smart watch allows you to receive call and SMS alerts, sync your calendar and more.

Check out the video below, where I cover 5 ways I use the smart watch on a daily basis, to get an idea of how a smart watch will fit into your lifestyle.

Are you interested in a smart watch with an app store?