Microsoft is on a quest to create a great operating system for everyone and every type of device with Windows 10. Coming next year, the final version of Windows 10 will run on tablets, notebooks, desktops and even replace Microsoft’s own Windows Phone operating system in some form. That’s next year though, and we’re a long way from that.

This year Microsoft released a very early and basic build of what will eventually become the Windows 10 operating system. Instead of making changes and revealing features that were already baked, Microsoft opted to build Windows 10 in the public eye. It’s been updating that basic build of Windows 10 with new features and changes based on user feedback for the last few months. Last week the company revealed Windows 10 9879.

Windows 10 9879 is mostly light on new features. Cortana, the voice-enabled personal assistant that we’re almost certain is coming to everyone in the final version of Windows 10 isn’t in this version. Continuum, the new user interface for 2-in-1s like Microsoft’s own Surface Pro 3 tablet, also isn’t hear yet. There are a few changes. One of them major and possibly a deal breaker for some power users.

Microsoft introduced Windows Store apps in Windows 8. Originally, they were full-screen bits of code that users could download for free or purchase from the Windows Store. They integrated with the new Charms area and universal search functions of Windows 8 and had Live Tiles on the Start Screen. In the first build of Windows 10 Microsoft freed them from the Start Screen so that users could run them in the Desktop on devices where that made more sense. In Windows 10 9879 Microsoft has made a ton of small tweaks. 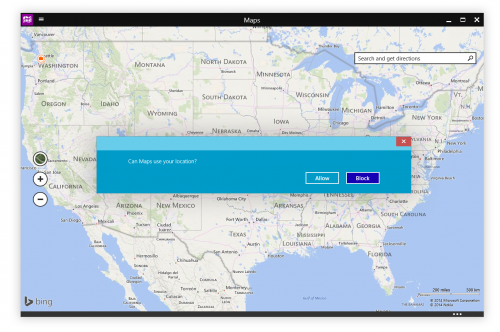 For starters, it’s killed the three small dots for accessing Search and Settings in Windows Store apps. Instead, it’s now represented by three bars that match the menu icons from Android. I’m not sure this makes the menu any more accessible. Still, it is a change nonetheless.

In accordance with these new Desktop abilities, Windows Store apps now open the same file browser as other Desktop apps when you’re trying to open or save a file. Again, not a big change, but it’s there and more mouse and keyboard friendly than the Start Screen version.

Finally, dialogue boxes now open in small windows instead of full-screen alerts like they did in Windows 8 and Windows 8.1.

Microsoft has a lot of work to do and all of that starts with listening to customers. The company has to actually do something with the feedback it receives.

Windows 10 9879 adds a new Windows Insider Program are for users to find out the latest about new builds. It’s sort of like a club house for those testing Windows 10 before it becomes available. In that respect, it’s mostly like the Xbox One Preview Program app.

Even without that unified feedback app, this app shows some progress. Windows 10 testers said they found the closing and opening window animations to be too jarring. Microsoft has toned them down in Windows 10 9879. Users also said they wanted a way to disable the Search and Task View buttons that Microsoft added to the Desktop’s Taskbar in the last Windows 10 Update. Those options are present and accounted for here.

There are also a few visual tweaks to icons and keyboard shortcuts for snapping apps using the new Snap Assist. When users snap app to one side of the screen in Windows 10, Snap Assist automatically suggests other windows and apps to snap for easier multitasking.

Users can now pin specific folders to the Home area that shows recent documents and such too.

I promised one controversial feature change and here it is. In Windows 8.1 Microsoft integrated its OneDrive cloud storage service directly into Windows. This included a ton of advantages. The syncing engine made all the magic happen in the background. You could sync your files without every thinking about syncing your files and Windows blended OneDrive storage and local storage by including shortcuts of files stored on OneDrive called Smart Files. Windows 10 9879 kills Smart Files.

Understandably, power users aren’t exactly thrilled about this. Microsoft says it made the change because Smart Files confused normal users. According to the company, many people didn’t realize those files were being stored in the cloud and downloaded whenever they were opened. That seems like a pretty legitimate reason to make some changes. Whether killing the feature completely was the right change to make remains up for debate. As of now, the only way OneDrive users can see all of what’s actually on their OneDrive storage is to head to the website. 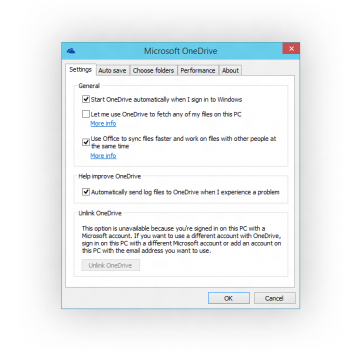 Personally, I’m with the people who are upset by this. Smart Files made using OneDrive obvious. It integrated cloud storage into Windows in a unique way and made it easier for me to manage what is on my PC and what is stored online. I love Smart Files because they blended my local storage and cloud storage into one thing. I can tell you now, I’m never going to manage what is on OneDrive or even look at my photography collection if I can’t see them locally without having them synced. That’s just the kind of user I am. I’d have thought the actual problem with Smart Files was that Microsoft failed to properly educate users on what it is and what it isn’t.