Windows 10 Consumer Preview to Have Key Features in 2015

The Window 10 Consumer Preview could include many of the key features Microsoft’s forthcoming operating system needs to compete with iOS, Android and Mac OS alike. 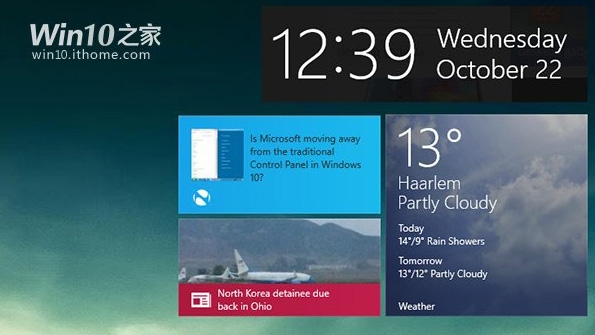 Leaks happen all the time. That this information is coming from a Chinese website that most might not have heard of would normally big a pretty big red flag. That’s still the case here. We don’t know how IT Home managed to get their hand on the Windows 10 Consumer Preview months before anyone else or whether it’s completely being truthful about the BUILD number in question.

What we do know is that IT Home also indicated that the version they were in possession had the kernel version number changed to 10 instead of Windows 6.4. Earlier this week Microsoft revealed that it was bumping the Windows 10 internal version number to 10 from 6.4. IT Home reported around the same time Microsoft revealed the change. That’s at least one thing that IT Home has been accurate about. Early fears about Microsoft changing version numbers internally turned out to not be a big deal since the operating system will lie to Desktop apps that don’t include support for Windows 10 to make sure they install correctly.

Read: 1 Tiny Change in Windows 10 Could Have Big Consequences

Anticipation for Windows 10 is at an all-time high. Microsoft showed the operating system in public for the first time roughly two months ago. Whereas Windows 8 was about adding tablet features and making possible for the operating system to effectively compete with Android and the iPad, Windows 10 is about making Windows flexible so that it gives users the interface they need, when they need it. Microsoft calls the system that handles this transformation Continuum. The Windows 10 Technical Preview that’s available to everyone now doesn’t include it. Windows 10 also lets Windows Store apps run in the Desktop alongside traditional apps like iTunes and Microsoft Word. The Desktop has its Start Menu back, but users can customize it with Live Tiles and app shortcuts.

One app store will power the entire Windows 10 experience. That’s key because Microsoft plans on using Windows 10 for desktops, notebooks, tablets, phones and the Xbox One.

Windows 10 adds a lot of very useful commonsense features too. Users are able to breakdown what things are taking up space on their Windows 10 PC with the Storage Sense options that made their debut on Windows Phone. Already Windows 10 includes the underlying code and options to support the Cortana personal assistant, even though she’s not yet available.

Microsoft says Windows 10 will launch in final form sometime in 2015, but exactly when in 2015 is hard to nail down. Presumably, it’ll want to get Windows 10 out and ready for devices before next holiday season, so a launch window any time before then is possible.