Windows 10 Will Scan Your Email for Reminders Soon

Fresh from updates to its Xbox One platform and another round of fixes, Microsoft says that its Windows 10 operating system will scan the emails of users and use what it learns to create reminders in a forthcoming update.

Microsoft announced the new feature for Windows 10 this morning. To be clear, the upgraded reminder creation is coming to the Cortana personal assistant that Microsoft built into Windows 10. Cortana was an exclusive feature of the company’s Windows Phone operating system. Microsoft brought Cortana to iPhone and Android too last year. 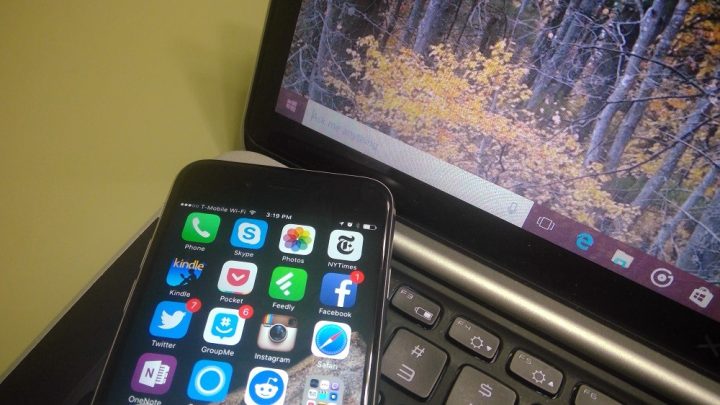 Speaking with The Verge, Microsoft’s Marc Ash provides an overlook at how the reminders will work when they arrive. “Cortana will look for emails where you’ve said you’re going to do something,” Ash says. A card inside Cortana’s window on Windows 10 will ask users if they want to create a reminder for whatever they’ve agreed to in an email they sent. If the reminder is created, Cortana connects with other devices with the same Microsoft Account to make that reminder available on all devices where the same Microsoft Account is used and the Cortana app is installed.

Microsoft is also enhancing how Cortana handles scheduling conflicts. Today she only alerts Windows 10 users if they are about to schedule to appointments for the same time and day. Going forward, she’ll also alert users when they schedule an appointment during their commute or when they usually aren’t doing anything.

Only those who’ve joined the Windows Insider Program for Windows 10 will see Cortana pick up these features today. Everyone else will have to wait until Microsoft readies another major update to Windows 10. The company last added new features to Windows 10 in November. Cortana picked up new features in that update too. Users can leave written reminders for Cortana with their stylus instead of typing them in or using a voice command.

Microsoft says that it’ll take some time to bring the features to every version of Cortana since its still building out the behind-the-scenes stuff for keeping all the different Cortana apps working together with these new features.

Those worried about their privacy aren’t likely to appreciate Microsoft adding yet another feature that depends on Cortana being able to scan their email correspondence. The operating system launched amongst a flurry of reports that Windows 10 was sharing details when explicitly asked not to. The often hyperbolic reports forced Microsoft to publish materials completely detailing what the company does and doesn’t do with the information that Windows 10 collects on its website.

To be clear, this new feature works exactly the same as other features in Cortana that scan email correspondence for information. Package tracking for new purchases works exactly the same way as this new reminder feature does. Cortana also looks for movie tickets and reservations in emails too. She’ll remind you of those events to give you enough time to order an Uber or drive yourself.

Read: How to Use Hey Cortana in Windows 10

Windows 10 users have the option to turn Cortana off completely or switch off individual features that they’re not comfortable with. Feature management is handled through Cortana’s notebook.

Presumably, these new features will be among the upgrades that arrive when Microsoft releases Windows 10 Redstone. Redstone is said to be the next major release coming to Windows 10 this spring. Other rumored features include an upgraded Cortana interface that frees the personal assistant from the taskbar. Deeper integration with Windows Phone and Skype are both rumored too.

Builds of Windows 10 Redstone are already available to members of the Windows Insider Program, but don’t yet include any new features.