Windows 8.1 With Bing Is How Microsoft Plans to Destroy Google

The threat to Microsoft’s Windows operating system that Google’s Chromebooks pose can’t be understated. Thankfully, in recent years Microsoft has revealed loads of changes design to make Windows the obvious choice for low-cost buyers. Take the company’s recent reveal of Windows With Bing. The new version of Windows could deal the ultimate blow to Google’s Chromebook line by ushering in rock-bottom prices Apple won’t be able or willing to match. 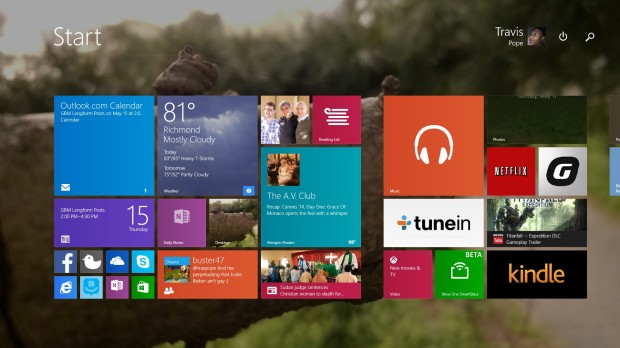 Instead, Windows 8.1 with Bing is really a different type of licensee and pricing granted to device makers. Windows hardware partners like Dell, Lenovo and HP will be able to get Windows 8.1 with Bing on their devices for cheap, that way they can then pass on that cheaper pricing directly to customers. The obvious advantage is that users will get Windows tablets and devices that cost a bit less than what’s available on the market today, for example Toshiba just announced that its Toshiba Encore 2 tablet will sell for just $199. For comparison, machines running Google’s Chrome OS start at $199.

All told, Windows 8.1 with Bing seems like a win for everyone involved. Going forward Microsoft’s hardware partners will be able to severely match the rock bottom  prices of Google’s Chromebook, leaving little reason to actually purchase one of the devices. Since introducing Windows 8.1 Microsoft has been on a mission to turn Windows into a commodity. There’s now a version of Windows for just about any device and each version also shares a significant amount of the same code base. On a user-lever Microsoft has added features that makes Windows a better proposition for average users than the iPad and Chromebooks. For example, developers can create Windows apps that users purchase on their Windows device and unlock versions for their smartphone too. Effectively, Windows is the only ecosystem with an app store and settings syncing that span the desktop, the laptop, the tablet and smartphones.

Of course, by enabling even cheaper Windows devices Microsoft is also going toe to toe with Google in the tablet space too. Until now tablets running Google’s Android operating system have been the only iPad alternatives available at the $200 mark. Windows 8.1 With Bing and Microsoft’s decision to make Windows available for free to tablets with screens smaller than 9-inches and the fact that device makers don’t bare the cost of updating Windows devices makes Windows an obvious choice for low-cost device makers. That low-cost Windows tablet buyers also get access to millions of desktop apps, the ability to connect to printers and Microsoft also certainly won’t hurt Windows 8 tablet sales either.

Microsoft also wins because it makes money on including advertisements in its Bing search engine and learning about users and shutting out Google. Millions of Windows users never change their default search engine.

Unfortunately, Microsoft has confirmed that users won’t be able to purchase Windows 8.1 with Bing in stores. Like Windows Media Center and Windows Vista Start Edition before it, it’ll only be available directly to hardware makers. That leaves the base version of Windows 8 as the cheapest way for those building Windows devices at home to get the operating system. It costs $129.99. As such, buying one of the extremely cheap devices Windows 8.1 with Bing will be installed on is the best way to get Windows on the cheap going forward.