Windows 8 and Tablets: Will It Be a Step Forward or Just Another Feckless Attempt? 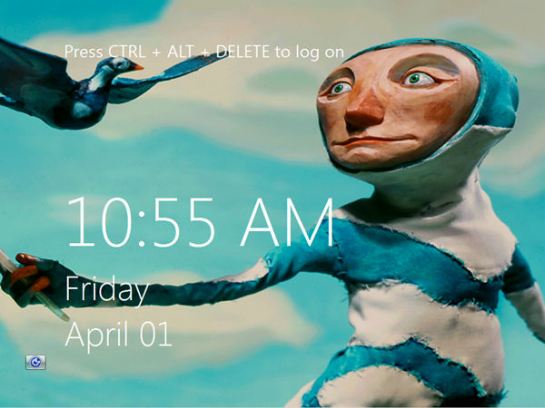 It is way too early for anyone with any real sense to answer the question posed in the headline of this post. That said the next period of time will see many attempt to do exactly that. Now that we’re starting to see leaks about Windows 8, we’re starting to see speculation and analysis of what this means for Microsoft and of course what that means for Tablets.

Matt Rosoff writing for Business Insider posits that Microsoft will lose its monopoly, at least among consumers, by waiting until Windows 8 before it actually does anything with what we call Tablets today. He also argues that Ballmer really had no choice and that it was the “LEAST BAD” strategy that Ballmer could adopt. (all caps were Rosoff’s.) To some extent that last part is true. I’ll get to that in the moment. But as to losing its monopoly I think the beginning of that end has already been written. Forget Tablets for the moment, but the beginning of the end for Microsoft happened with the Vista debacle. Sure, Microsoft retrenched and came out with a very good corrective step with Windows 7, but the damage had been done. I’m sure there are consumers (let’s remember that’s the context here) who are sold on Windows and of course there are manufacturers who continue to make PCs for them. That will be the case for some time to come. But as far as mind share is concerned you could say that many have moved on even though they aren’t sure what they are moving on to.

Take Netbooks as the leading example here. When they first became a disruptive force it was pretty apparent to all who were paying attention that this was a move away from Microsoft. That is until the consumers started returning Netbooks because they couldn’t do what Windows did. Microsoft got back into that game pretty easily, even though Redmond and its partners hated what it did to their margins. The partners didn’t like that they had to use (read pay for) a Microsoft OS for netbooks, but the market had spoken. But they didn’t have to wait long because the iPad disruption made the Netbook disruption look like a painted crosswalk compared to speed bumps that bounced the transmission out of the car.

Once again, the move is away from Microsoft. HP’s investment in acquiring WebOS is huge. The flocking to Android continues, although Google is starting to get leery of its throw it against the wall and see what sticks approach and pulling back a bit. As rocky as RIM seems it has a shot if it doesn’t shoot itself in the foot. And in the meantime Apple is extending its lead in the battle for mindshare without having to to really kick things into high gear as its competitors look like they haven’t learned how to walk much less run with the leader. 2011, this year’s newly christened Year of the Tablet, is already starting to feel like someone made a typo and actually meant 2012.

And so Microsoft bets on retrenching. That retrenching comes from what can only be described as a failure. Although it would be nice to fail with a business model like Microsoft has where they can still rake in tons of profits from Windows and Office. Purely from a business strategy perspective the retrenching makes good sense. You had the lead, you lost it, you need to get back in the game. You need new plans. Everybody expect those guys at Apple are still stumbling so there’s an opening for a delay. OK, fine. But is it?

While it is still early, this is what Microsoft did with Windows Phone 7, and to be blunt, that retrenching effort has stumbled out of the gate, even though it looked promising. Again, it is still early, but to change the score of the game singles don’t work if your base runners keep getting picked off on the base paths before your home run hitters make it to the plate. Microsoft needs a home run and hopes that Windows 8 will be it. And who knows it may be. But here’s where the problem that is Tablets will come back into the picture.

When Microsoft begins its roll out Windows 8 the marketing will be huge and powerful. It will be everywhere. Hopefully, now that there has been a change at the top in marketing, it will be better and more effective than what it has been in the past. But even it is, what Microsoft does with Tablets will only be a part of all of those marketing efforts. It might be a big part, but it will still only be a part. Microsoft has to protect its flanks on a number of fronts, while at the same time make a new push towards Tablets into a market that will already be well established, contains opinion makers who are skeptical beyond any rational quota of skepticism given past failures, and do so while trumpeting a new OS that will see features that have nothing to do with Tablets and/or mobile. Yes, we’ll see some blending here between mobile and the desktop/laptop, but it will take quite an effort to sell a new segment to those who are focused on the big picture that will be Windows 8. And as Rosoff points out, the folks responsible for that big picture focus all reside or work for the folks at Redmond.

An early clue as to how this may pan out? If Microsoft can’t somehow come up with a way to make a touch interface be integral to whatever the Windows 8 UI will be, and starts talking about some sort of shell for touch, the game is over before it started. There’s lots of early hope that the Metro UI or whatever it will be called will make this a moot issue. Here’s hoping that’s correct.

I could easily argue that Microsoft should get Windows 8 out of the door and then wait to release its Tablet strategy. Get past the big explosion before attempting to focus attention on something that will inevitably get lost in the blast wash. That of course ignores the crazy pace of the current day and the pressure that pace brings. Unfortunately Microsoft is letting the world know its plans, so that pretty much rules out that as an option.

Smarter folks than me are charged with trying to make this work for Microsoft and like I keep saying, it is way too early to figure out where this will all be a year from now. Or two years for that matter. That said, Microsoft has real challenges ahead from its competitors as well as some that it has created for itself. If nothing else, Microsoft has proven in the last few years that it has difficulty addressing those challenges whether it be from others or those of its own making.

The picture above is supposedly a leaked shot of the Windows 8 home screen from Within Windows.