It’s unclear when Asus is launching its Windows 8 Asus 810 tablet still, but the Intel-powered slate is now appearing at the FCC to gain U.S. regulatory approval. The Asus 810, first announced earlier this year at the Computex trade show, is an 11.6-inch tablet that is powered by Microsoft’s next-generation Windows 8 OS with an Intel CPU, meaning that it will be able to run legacy apps designed for Windows 7 or earlier as well as the new Metro-style HTML 5 apps.

As Microsoft has confirmed that Windows 8 will launch on October 26, the tablet may arrive around that timeframe as well. 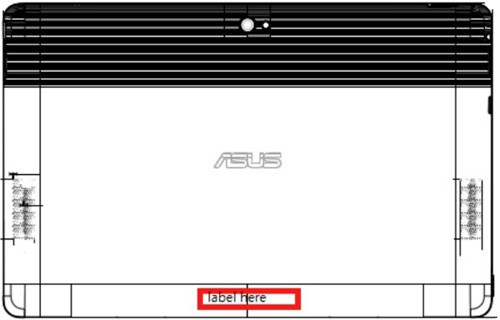 The tablet is an ultra-slim convertible-style tablet device that takes on a form factor that was initially popularized by Asus’ Android-powered Eee Pad Transformer with an optional keyboard dock that the tablet snaps into to convert the slate into a lightweight netbook with extended battery life, additional ports, a full-sized keyboard, and trackpad.

The device has a resolution of 1366 X 768 pixels and will feature 2 GB RAM, Bluetooth 4.0, GPS, and a variety of sensors. Users can also use a Wacom digitizing pen as well as have touchscreen input via their fingers.

Pricing information is still not known about this tablet. In addition to this Intel offering, Asus will also release its Asus Tablet 600 featuring an ARM-based CPU design as well running Windows RT. These tablets will also compete with Microsoft’s own branded Surface tablets.