Of all the touch features in Windows 8, the one I feel is most valuable is also the least dazzling. “Fuzzy hit targeting” as it was called earlier this year enables wide fingers to more accurately work with an interface designed for pinpoint cursors. But how does it work? Long Zheng at istartedsomething explains. 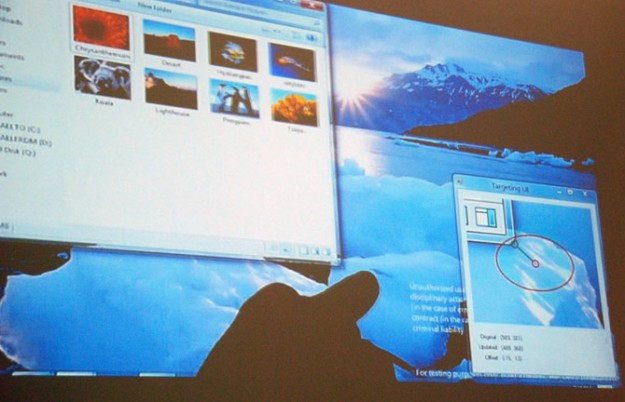 The image above shows an internal tool that indicates the feature in practice. As the actual touch point of the finger is indicated by the small circle that’s slightly away from the border of the Aero window. The larger oval represents a “touch area” that Windows 8 actually analyzes for touchable elements.

Thus, instead of a finger press registering as a mouse click on a single pixel, it is read as a rounded area that then gets connected to a controllable element within that area. Presumably there’s some intelligence involved here so that if multiple elements are in the area it will choose the one closest to the center. Zheng adds that he does not know if this is how touch will work in Metro, but I don’t see why it wouldn’t.

This “touch-target locking” as it is being called is perhaps the only feature I thought was truly critical to the Windows touch experience. The new Metro interface is much needed, but target locking would really help with the Windows tablets I use today. You only have to tap and miss a button once to understand why.