Microsoft has announced that Windows 8, its highly anticipated software, will arrive in retail stores starting in late October.

According to The Verge, Microsoft’s Tami Reller revealed the information at the company’s Worldwide Partner Conference in Canada. Reller has indicated that the company expects devices with the software on board to arrive by late October although no specific release date was announced.

Reller also revealed that Microsoft is currently on track to finish the Windows 8 software sometime during the early part of August.

Windows 8 software is expected to show up on a number of tablet devices from manufacturers such as HP and Acer. HP is expected to focus on business Windows Phone 8 tablets while Acer is slated to release two Iconia tablets in the W700 and W510. 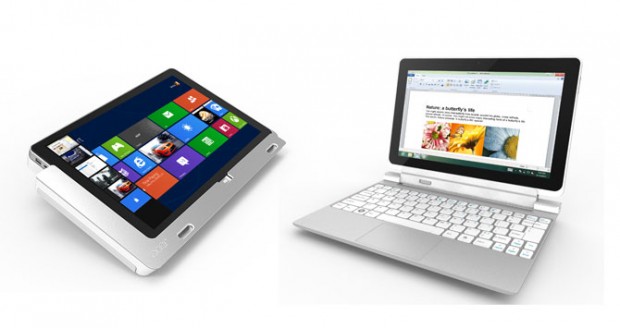 Windows 8 will launch in October.

The news comes after Microsoft entered the tablet space with a device called the Microsoft Surface which will debut with Windows 8 on board.

Microsoft’s surface will come in two flavors one with Windows 8 and one with Windows RT. The frame of the Surface is magnesium and the device weighs in at 1.5lbs. The form factor is 9.3mm thin and contains full size USB 2 ports and two cameras. The Surface also has a kickstand.

The Microsoft Surface tablets can pair up with two new accessories, the Touch Cover and the Type Cover. The Touch Cover is a thin keyboard that clasps to the Surface like an iPad smart cover, but it comes with a touch keyboard inside. The Type cover includes tactile keys that mimic a real keyboard.

We assume that Microsoft will get the Surface around the time that Windows 8 launches but the company has remained mum on a specific release date for the tablet.