Windows 8 Now Said to be Stable on ARM CPU

According to multiple sources to CNET, Windows 8 is now said to be running stable on ARM processors, and the new ARM-compatible build will be distributed to developers in February. News of the developer released was not delivered directly from sources from within Microsoft, the online publication says, but through hardware-makers who are expected to release devices with Windows OS and ARM chips. 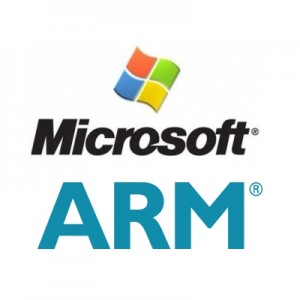 The move will be significant to Microsoft and the PC industry as utilizing ARM chipsets may serve to reduce the costs of devices, including tablets, and make them even more affordable to consumers. Compared to PCs, tablets, and laptops running Intel or AMD’s x86 architecture, ARM chipsets will cost less.

“The bigger implication is, with [Intel-based] ultrabooks you’re popularizing the idea that you have this thinner design that turns on faster, that lasts longer [battery life]–but then you have Windows 8 on ARM that’s built at a price point that’s much lower. And does all of those things too. This is setting up the ultrabook to head right into the teeth of their [ARM] competitor,” according to the source.

One source said that a high-profile device, that was undisclosed, shown at CES with Intel chips will cost hundreds of dollars less on ARM chipsets.

Sources say that Microsoft may also target all three chip platforms at the same time, rather than staggering the launch for devices running Intel, AMD, and ARM CPUs.

The biggest challenge, still, with ARM chipsets is that devices running on ARM may not be compatible with legacy apps, and still missing in any preview from Microsoft is compatibility with the OS-maker’s Office suite. Though Microsoft claims that Office will be compatible, no one has yet seen a preview or demo that has Office running on ARM.

For ARM, Microsoft has largely demoed HTML5-based full-screen applications based on the Metro UI language.

So far, Microsoft has said and shown little publicly about its ARM-based efforts.