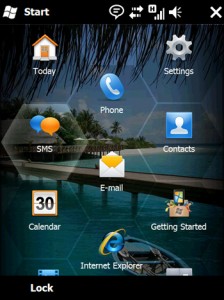 The Mobile World Congress show in Spain is coming up in less than a month, and already there are “leaks” about what announcements will take place there.  The big one?  Announcements from Microsoft pertaining to their Windows Mobile platform.

We already know that at MWC 2010, Microsoft will be announcing Windows Mobile 6.6, but there is also some talk about the availabilty of Windows Mobile 7.

According to a article on DigiTimes:

Based on the roadmap, WM7 will be available to Microsoft’s handheld hardware partners in September 2010, allowing them to roll-out WM7-based devices in the fourth quarter 2010 or early first-quarter 2011, the sources indicated.

Will this really materialize?  Will Microsoft actually ship Windows Mobile 7 on time?  Or is this just a way to generate buzz for an OS that isnt doing as well in the marketspace as Apple and “upstart” Android?