Though Microsoft is trying to create similar experiences for its Windows 8 releases for ARM and x86 processors, the software giant has admitted that Windows on ARM may not be suitable for business environments. According to Microsoft, Windows on ARM won’t offer businesses and IT managers manageability features that help corporations deploy vast numbers of PCs to office workers. Microsoft said that ARM devices could still be used in un-managed settings:

Although the ARM-based version of Windows does not include the same manageability features that are in 32-bit and 64-bit versions, businesses can use these power-saving devices in unmanaged environments. 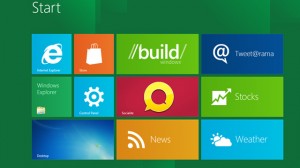 A main feature of Windows 8 for x86 architectures–as used by Intel and AMD–is the ‘Windows To Go’ feature, which allows businesses to run, access, and open apps all on a thumb drive.

Growing mobility and consumerization trends pressure IT professionals to provide users with secure access to a corporate operating system and apps in situations when a device or network is out of the IT department’s control. Windows 8 includes the ability to provide users with a full corporate copy of Windows (along with user’s business apps, data, and settings) on a USB storage device.

Another reason that ARM may get left behind by businesses is that the platform won’t work with traditional desktop apps other than Microsoft’s Office suite.

As Microsoft is trying to play catch up in the tablet space, where Apple’s iOS operating system and iPhone and iPad hardware are building a stronghold with enterprise workers thanks to the consumerization of IT trends, the company will have to prove its products to deliver value beyond what Android and iOS are offering in the corporate sector.