The company announced the news on its website today saying that it’s currently working with its carrier and hardware partners to get it tested but that the update itself won’t be rolling out until sometime in the early part of next year.

Microsoft did not say when Windows Phone 7.8 would start hitting current devices, only giving users the vague early 2013 window which could mean January, February or beyond. Users who are expecting the Windows Phone 7.8 update shouldn’t expect to hear anything more concrete until the early part of next year. 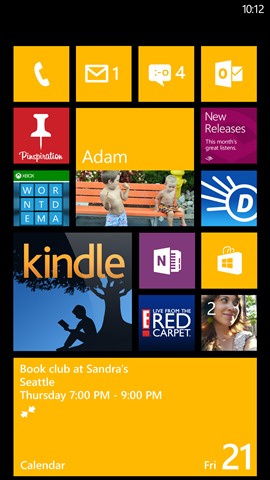 Obviously, this is not the news that Windows Phone 7 users were looking for in regards to the update, given that rumors had the software rolling out in the near future. However, this is the reality. Microsoft says that it wants to ensure that the transition between updates is a smooth one and that it wants to provide a high-quality update. That means that it’s looking to release a relatively bug-free update.

It’s unclear if the issues that are plaguing Windows Phone 8 owners, including random reboots, contributed to the timing of the Windows Phone 7.8 update.

The company also finally confirmed some of Windows Phone 7.8’s additional features which include double the number of theme and accent colors as well as new lock screen functionality.

Microsoft says that the update will indeed be released on new devices including the Lumia 510 which debuted recently with the software update on board and it appears that there will be other lower-end models coming with the update as well.