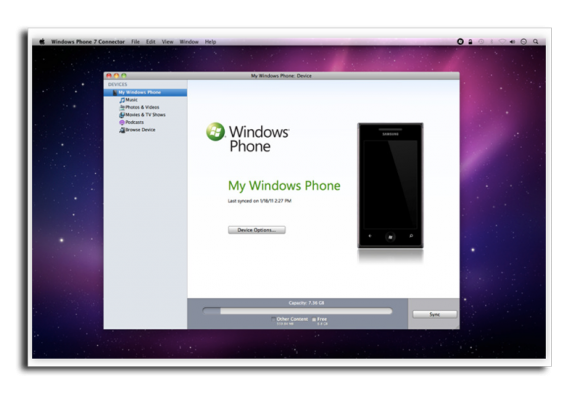 The release of the Windows Phone 7 Connector software for the Mac platform is a welcomed sign for many who have used Microsoft’s mobile platform in the past. In addition to delivering official Mac support for the first time–Microsoft never released its Active Sync client for the Mac during the Windows Mobile era–it also shows that Microsoft is serious about wooing Mac users, who may be sucked into the Apple ecosystem, away from the iPhone and to consider Windows Phone 7 as a substitute.

The Connector software was previously available on the Mac, but only in beta format.