The pace is surely picking up nearing the inevitable launch of Windows Phone 7. Leaked devices photos, commercials, rumors galore, and more! I love it!

If you remember the commercials that were leaked over the weekend that I posted about, you might remember the name HTC Mondrian mentioned. That devices showed its face today on Engadget (source). It looks pretty nice and quite thin. No specs were included, but we know Microsoft’s Chassis minimum specs, so it should be smoking fast like all the others. 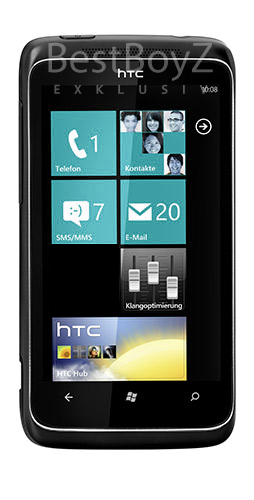 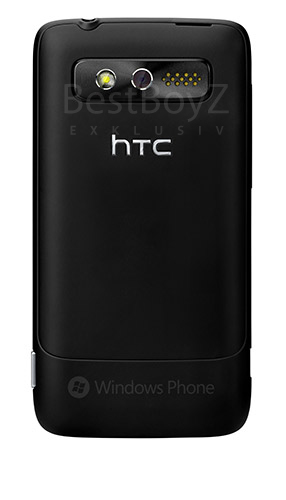 Well, in an interesting tidbit in itself, if you follow this link to the videos I posted up, the legitimacy of the videos is no longer in question. If you attempt to play either of them, you will get a message that they were removed because of a copyright claim by Microsoft. 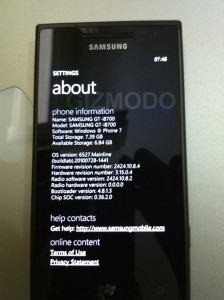 Another player that we’ve not heard much about in regards to Windows Phone 7 is Sony Ericsson. According to BGR, Sony Ericsson might be set to release at least 1 device running WP7.

“Android is definitely our focus, but we have not given up on Microsoft’s Windows Mobile operating system, although it had a bit slow to take off. But Windows 7 Phone is on the roadmap,”

The last bit of news is a post from WMPowerusers that pieces together lots of bits of info into what they believe will be the Samsung Omnia 7. We already know that Samsung will be in the Windows Phone 7 fray, so this is neither a surprise or far fetched. What is interesting is the 7 in the model number. HTC is rumored to be naming the HD3 the HD7  as well. Trivial, but cool, I know. The image to the right is of the rumored Samsung Omnia 7 (Samsung GT-i8700).

As you can tell, I am quite excited about Windows Phone 7’s release. I will keep you folks up to date as I can.