After a long wait littered with twists and turns, Windows Phone 7 and the HTC Trophy are finally, officially, headed to Verizon’s network on May 26th. 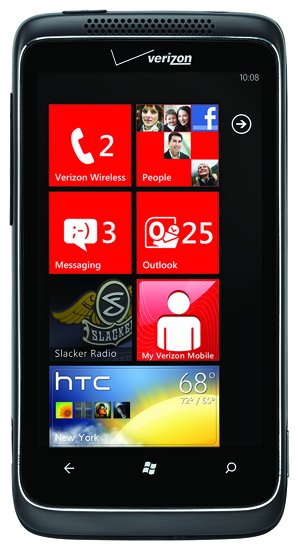 Yes folks, Verizon will finally be getting Microsoft’s software, months after its three biggest competitors, AT&T, Sprint and T-Mobile launched it. And guess what, the first piece of hardware will be the HTC Trophy, something we’ve known for ages, and it’s going to be coming for $150 on a new contract with Big Red.

Verizon is throwing something pretty neat in the deal too. If you buy the HTC Trophy before July 15th, you get a free Xbox 360 game and can choose between Halo: Reach, Kinect Sports, or Lode Runner. Not the most extensive selection, but a selection nonetheless.

Just to refresh your memory a little bit about the HTC Trophy, it’s going to include:

The HTC Trophy for Verizon will be available in Verizon stores and online when May 26th decides to finally roll around.

Anyone going to be getting one?