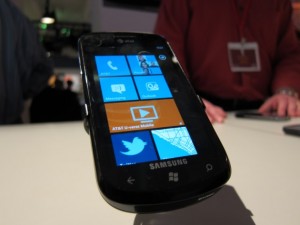 Microsoft is announcing that it will release a Beta of a sync tool that will allow Mac users to sync “select content” with Windows Phone 7 devices. Not really a surprise, but it is a necessary move on Microsoft’s part if it wants Windows Phone 7 to compete. The announcement says this will come “later in 2010” which I guess makes some sense as the we’re still a few weeks away from seeing the new phones hit consumers hands. I wouldn’t look for this to sync your iTunes music though.