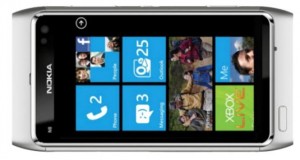 Thanks in part to Microsoft and Nokia reaching an agreement to have the former’s mobile operating system powering the latter’s hardware design, Nokia’s CEO Stephen Elop is saying that low-cost smartphones with the Windows Phone 7 operating system will be coming to the market very soon.

In response to questions surrounding a low-cost handset from Nokia, Stephen Elop says, “we have become convinced that we can do that very quickly.” Elop’s comments were made to assuage fears that Nokia adopting the Windows Phone 7 OS may lead to Nokia abandoning focus on the low-cost phone segment.

At Mobile World Congress and in the days leading up to the international conference on mobile technology, Nokia has stated numerous times that it hopes to release its first Windows Phone 7 handset by the end of the year. The company’s new focus on Microsoft’s mobile platform also re-aligns the company’s commitments, especially where it comes to MeeGo.

Currently, Microsoft’s Windows Phone 7 hardware partners–such as HTC, LG, and Samsung–have targeted the high-end market that’s competitive against high-end Android smartphones, with subsidized costs to be around $200 in the U.S. with a two-year contract from carriers and a no-contract price of between $500-$600.

Nokia is still a leading provider of phones and can use its economies of scale to deliver a compelling device at a lower entry price point. It’s Nokia N8 smartphone, the company’s flagship Symbian device, can be had for as low as $400 with discounts and promotions from retailers like Amazon–that cost is an unsubsidized, contract-free cost for high-end features such as a 12-megapixel Carl Zeiss camera with Xenon flash.