Though there are some high-end Windows Phone 7 devices on the market today, like the Nokia Lumia 900 which has a premium build quality, 4G LTE network support, and a large display, those devices lack a high resolution display in a market and Retina Display era where pixels matter. According to the latest chatter, Microsoft’s forthcoming Windows Phone 8 release, codenamed Apollo, will fix that and will make the platform more competitive, at least from a display standpoint, with devices from rivals iOS and Android. 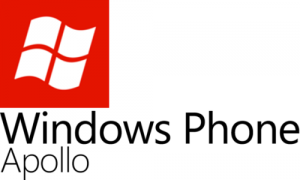 According to analytics data to Windows Phone-centric blog WP Central, it appears that Microsoft mobile phone devices with support for Internet Explorer 10, are showing 24-bit displays, up from today’s 16-bit color support on Windows Phone 7 touchscreens. Furthermore, these 24-bit displays are found on devices with both today’s WVGA resolution 480 X 800 screens as well as the 768 X 1280 resolution that aren’t supported on any hardware today. The 24-bit display support would lend to better color displays that won’t show banding and could yield better contrast as well.

The 768 X 1280 resolution would take Windows Phone up to a 720p HD display standard and would make the hardware running Microsoft’s mobile OS more competitive against the new crop of Android smartphones, such as the HTC One X, the Samsung Galaxy S III, and the LG Optimus Vu.

The 768 X 1280 resolution would mean that Windows Phone 8 hardware with a 4.5-inch display would have sharper resolution screens than today’s iPhone 4 and iPhone 4S models from Apple with the famed Retina Display. The Retina Display has a 326 pixel-per-inch resolution whereas Windows Phone 8 with the 768 X 1280 resolution on a larger 4.5-inch display (an inch larger diagonally than the iPhone model of today) would have a higher ppi coming in at 332.

Microsoft still has not revealed any information about resolution support and we’ll have to wait and see what Microsoft announces this month at its developer conference or when Windows Phone 8 gets released.