Recent reports indicate that the Nokia Amber Update and with it possibly, the Windows Phone GDR2 Update for other devices may arrive in July.

A support team member for Australian telecommunications giant Telstra posted a list of updates coming to devices on the carrier over the weekend. Among the devices that were listed in the table are the Nokia Lumia 920 and Lumia 520, both of which show that the carrier plans to finish up its round of testing for the GDR2 update for these devices on July 8th and July 1st. 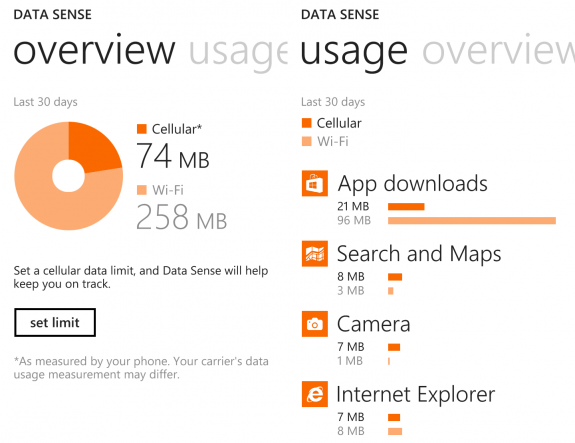 The GDR2 Update Will add Support for DataSense across more wireless networks.

These dates back up the timing that Nokia already disclosed when it announced the Nokia Lumia 928 and the Nokia Amber update this past May. It’s that update that will allow Nokia Lumia users to have a persistent clock on Lumias that feature an AMOLED display. Nokia will also use this update to add its new SmartCam application for taking and adjusting pictures.

Nokia has detailed that GDR2 update and Nokia Amber update are one in the same for Nokia users, though the Nokia Amber update actually originates from Nokia themselves. For its part, Microsoft will also add features to all Windows Phone 8 devices as part of the GDR2 update including widespread support for its DataSense application that was previously exclusive to Verizon Wireless users and most notably, operating system support for FM Radios.

While Telstra’s disclosure does not indicate an exact day of when all Windows Phone users worldwide can expect the update, at the very least it provides actual guidance on when carriers around the world are expecting to get the update from Microsoft and Windows Phone device makers.

Nokia’s Amber update will bring a huge amount of new features created by the company. However it remains to be see whether other devices will also be treated to new features from their device’s manufacturer outside of what Microsoft will add in the GDR2 Update. For example, Windows Phone’s second largest OEM, HTC has yet to detail any of its plans however, it is at least required to make the update available to users. Telstra’s chart also indicates that the update for their Windows Phones will arrive for testing around the same time as Nokia’s.