Microsoft Advertising (I know, I’m still getting used to reading those words together too) has posted a couple of case studies promoting the money part-time and amateur developers can make with ads in their Windows Phone 7 apps. The key, it seems, is sheer volume. 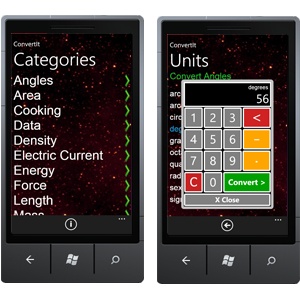 First up is Richard Foster who has scooped up a nice chunk of change as a part-time developer.

“Richard Foster, once a DOS programmer and now working for the family dry cleaning business and developing mobile applications part-time for his company Edgeway Software, is ecstatic about the results he is seeing developing for Windows Phone 7. Since the introduction of his first app, Unit Converter, in November, Richard has now developed more than 14 apps – all with the Microsoft Advertising SDK for Windows Phone 7 for mobile. […] Richard has made $28,882 in four months with his suite of apps.”

Okay, so not a success story on the Angry Birds level, but nearly $30k in four months is nothing to sneeze at. Checking out his library at EdgeWay Software, you can see his suite of 14 apps consists primarily of variations on the same theme. Lot of reaction-based games and sound generators, including the obligatory fart app. 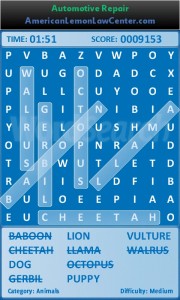 Possibly helping them earn their way through college are a couple of students offering their take on some familiar games.

“College seniors Jake Poznanski and Sam Kaufmann are computer science majors and first time mobile app developers. After a bad experience developing for the PC Android toolkit, they turned their attention to the Windows Phone 7 platform because it was a clean slate for development. Their goal was to infuse all the nuances of a paid app in the form of an ad-supported app. […] Poznanski and Kauffman saw their revenue grow tremendously since the launch of the marketplace, earning $12,666 in gross revenue since November 2010.”

I found their apps published under Jake’s name. They include familiar card games, like Hearts and Freecell, as well as Word Search for which they’ve added a “winning” Charlie Sheen category. Again, not swimming in cash. In both cases, the average yield per app is $1k-$2k. However, they’re not shelling out a ton of cash on development either.

That Microsoft is presenting these as case studies leads me to believe their primary concern at this time is volume. A lot of part-time developers pushing a dozen apps each would really help fill up their emerging marketplace. True, Windows Phone does need a few blockbusters too, but they have XBox Live to cover that side of things. Encouraging part-time developers to adopt the platform may not be glamorous, but it’s the more effective use of their resources at this time.