Microsoft’s Windows Phone exec Terry Myerson spoke at All Things D‘s conference and once again clarified that his company will not enter the phone hardware space in releasing a Surface Phone. Microsoft had previously denied reports that it would manufacture a Surface phone after the company had entered the PC space with its hybrid Surface RT and Surface Pro tablets. However, Business Insider reported that Myerson cleared the air and said that a Microsoft-made smartphone will not be arriving in consumers’ pockets any time soon. 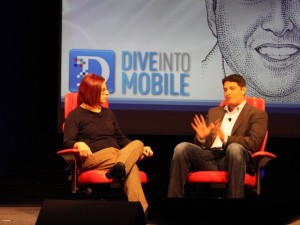 The company had stated in the past that it did not need to manufacture a smartphone on its own to achieve its vision for the Windows Phone platform, citing that it already has a lot of influence in the design process with partners like HTC and Nokia. This is in contrast to the Windows experience, where previous reports stated that Microsoft had entered the hardware space with the Surface because it was unhappy with what its OEM partners have been doing, and the Surface, like Google’s Nexus line, is designed to influence the industry on what Microsoft’s vision for Windows should be.

In terms of Windows Phone, it seems that Microsoft’s close relationships with its phone partners are working out.

However, even Microsoft’s closest Windows Phone partners are expressing concerns that the software giant would enter the hardware space. Nokia cautioned in an earnings report that a Surface phone would compete directly against the company’s Lumia smartphones based on the Windows Phone 8 OS. However, Nokia CEO Stephen Elop also expressed enthusiasm, saying that Surface phone may bring attention to the platform, which is a distant third right now behind iOS and Android.

When asked if the Surface Phone would come, what Microsoft’s reasoning would be, Myserson responded, “It would have to be something where Nokia or HTC or other primary partners were not providing the consumer experience we think was possible on our platform.”

However, with GDR2 and GDR3 opening up the doors to more form factors for the Windows Phone ecosystem, including powerful phablets, and Windows Blue rumored to unify the Windows Phone and Windows 8 ecosystems even further, it’s unclear when the line for phone and tablet would blur and where Microsoft’s entry into the phone space would begin for Surface. Rumored form factors moving forward for Microsoft include smaller tablets and larger sized phones to keep pace with Android.