Smartphone buyers looking to stay healthy with the help of fitness bands and activity trackers finally have a new platform to choose from. Today, Windows Phone FitBit became the first fitness tracker app to be available on Microsoft’s Android and iPhone alternative.

The Verge revealed that Windows Phone FitBit had arrived in a post earlier today. Unfortunately, that post also included a link inside the Windows Phone store that isn’t yet working.

Like the versions available on iPhone and Android, Windows Phone FitBit will let owners of FitBit wristbands and small devices sync their steps and other information directly to their phone. There they can look at an overview of the data and make better health choices based on that. Users are able to analyze that data with charts and graphs too. FitBit users can also keep track of their calorie intake by logging what they eat. 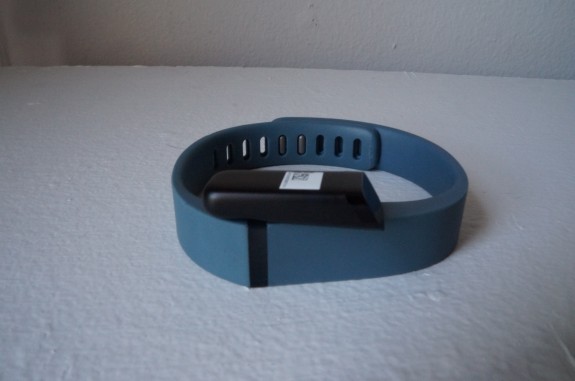 Microsoft has already sent the Lumia Cyan and Windows Phone 8.1 updates to carriers for approval. AT&T kicked off its rollout with the Lumia 1520 last week. T-Mobile has confirmed that its users will get Windows Phone 8.1 and Lumia Cyan sometime before the end of the summer. Unless you have either of those devices today, a FitBit tracker won’t yet work with your Windows Phone.

Windows Phone FitBit’s arrival is just the latest example of how app developers seem to finally be taking Windows Phone seriously. Last week a proper version of Uber finally arrived on Windows Phone. Earlier this month GameLoft announced that six of its high-profile titles were finally available in the Windows Phone Store. It may have started out rough, but the Windows Phone operating system has steadily picked up a ton of must-have apps. Microsoft needs these apps if it ever hopes to convince users to switch away from the iPhone or devices running Android.

Today Fitbit makes just four devices that can sync with Windows Phone FitBit. The first FitBit Flex Wireless wristband. It has LED lights that let users track their goals without pulling out their smartphone. It can also can track sleep habits and has different sized wrist bands. Fitbit Flex starts at $99.95 and comes in 10 different colors. The FitBit One also syncs wirelessly and monitors how well users sleep. It has a screen of its own and costs $99.95. A $129.95 smart scale also helps users track body fat and more. A really small dongle-like FitBit Zip makes health tracking a bit more affordable at $59.99.The Windows Phone FitBit app is free, though users will need one of these four FitBit devices before the app is actually much use to them. FitBit also has an online social network that FitBit owners can use to share their progress too.